Amiri “Middy” Baraka Jr., the namesake of his famed poet father as well as Newark mayoral candidate Ras Baraka’s brother and campaign manager, stood just in view of Payne Jr., the namesake to his own Newark power family dynasty. Baraka Jr. wore the 1930s-style cloth cap favored by many in the Baraka camp. He also wore a steely, staring expression directed unblinkingly at Payne, who wore a red-white-and-blue gingham bow tie.

This sideline tension between the two prominent families who have dominated the politics and culture of Newark’s South Ward for decades will soon hit center stage.

Several sources have told PolitickerNJ.com that there has been a noticeable shift in the South Ward’s political landscape in recent days as campaign workers and staff members on both sides of the Payne-Baraka divide have become more vocal following Payne’s parachuting into the Newark mayoral race.

Sources say Payne partisans believe the Congressman is consolidating and defending his power base. Baraka backers believe Payne is making a fatal political mistake. Both sides pointed to the June 2014 Essex County Democratic committee elections, and the June 2016 election beyond that, as the key flashpoints in the coming showdown between the Paynes and the Barakas for control of the South Ward.

“If Shavar wins, Baraka is officially dead. But [former Newark mayor] Sharpe James is looking to have more control in the city again, which includes plans for his son, John Sharpe James,” said an Essex Democratic operative who requested anonymity. John Sharpe James, an at-large Newark councilman, is on Baraka’s slate as the South Ward council candidate and has been suggested as a possible Tenth Congressional District candidate.

The fact that 2016 is a presidential election year could also figure into who ultimately triumphs in the South Ward struggle for power.

“We might have a presidential primary that goes into our regular June primary. There will be presidential candidates, Congressional candidates and county committee candidates all coming together at the same time,” the Essex operative said. “Every once in a while, we need a full bloodletting. Essex is a Democratic county. We don’t have Republicans to fight with. We fight with our own. Just like in the movie The Godfather, everyone is in war mode. Everyone is going to the mattresses.” 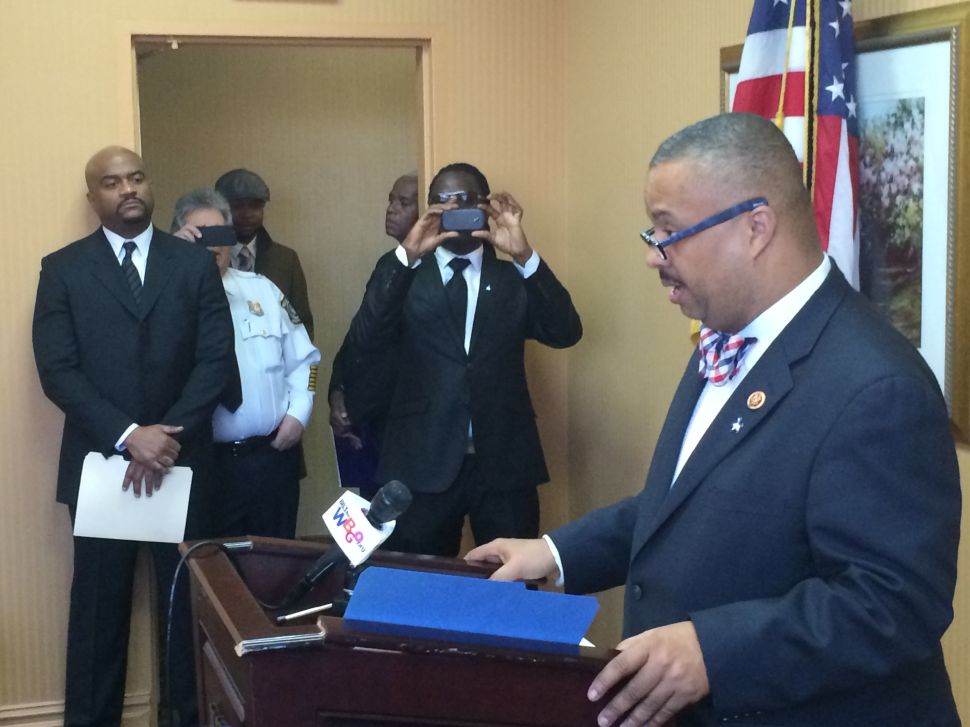