Let’s say you’re a young British model trying to break into the movies. You’re taking acting classes, reading scripts, going to auditions. Rarely would your first role be the lead in a four-hour psychosexual comedy, featuring copious amounts of copulation, set to the music of Rammstein and written by cinema’s leading provocateur, Lars von Trier. This unique fate has fallen on Stacy Martin.

How does one prepare for a film wherein the main character is more often than not horizontal? Perhaps a Method technique, where some practice is required?

“It was definitely not Method, that’s for sure,” Ms. Martin said, laughing, before a screening of that film, Nymphomaniac, at the Museum of Modern Art. “You have to just really believe in the project.”

The newcomer has gained some attention with her revealing (literally, figuratively, etc.) performance, but not quite as much as her co-star (and silver screen bedfellow) Shia LaBeouf. The actor began what’s perhaps an attempt at performance art with a blow-up at the film’s international premiere, in Berlin, where he stormed out of a press conference and appeared on the red carpet wearing a paper bag on his head, on which he had written the words “I am not famous anymore.”

Ms. Martin didn’t comment about Mr. LaBeouf, who needless to say was absent that night, though fellow star Stellan Skarsgard said he agreed with James Franco’s begrudging endorsement of the antics published in The New York Times.

It’s enough to make you forget that there’s a movie to see — except that the film is an outsized spectacle itself, a stream of hanky panky interwoven with hilarious deadpan pronouncements. Apparently, the act of fornication is akin to fly fishing, the Fibonacci sequence and the works of Johann Sebastian Bach. An exhaustive investigation into the possible aesthetic variety in the male appendage is a highlight, as is a contest for conquests on a train. Only the first half — Volume 1 — was screened. We’re looking forward to Volume 2.

But more immediately, after one character pronounces through tears, “I can’t feel anything!” we were looking forward to a post-screening drink. And so it was on to Butter Midtown, for a party hosted by Interview magazine and Absolut Elyx, where cast members Uma Thurman, Christian Slater and Charlotte Gainsbourg were joined by a smattering of other actors and musicians too intrigued to miss out. In case any forgot what they had just watched for two hours, there was a photo booth that asked for your “O-face” and servers passing out that distinct-looking aphrodisiac: oysters, which everyone dutifully slurped down.

“You mean getting naked?” he said, a pained look on his face. “I’m not in a rush to do something like that. I’m curious to work with Lars, but probably not that curious.”

We asked the artist Dustin Yellin about his favorite position for coitus.

“It changes from year to year, or month to month, it changes with the accumulation of knowledge,” he said, after some consideration.

And what about you, Ariel Pink, rock hero and Saint Laurent Paris model? Did you spend a chunk of your adolescence on a depraved sex bender?

(Don’t tell that to Michael Fassbender in Shame.)

As the night wound down, we cornered Robert Thurman, the Jey Tsong Khapa Professor of Indo-Tibetan Buddhist Studies at Columbia University (and Uma’s father). After praising his daughter’s performance—and Uma, who remains fully clothed, does indeed steal the show—Professor Thurman said he enjoyed Ms. Martin. The ingenue, he believes, elevated the material beyond simple smut.

“When she gave the blow job to that guy on the train, there is actual tenderness there,” he said. 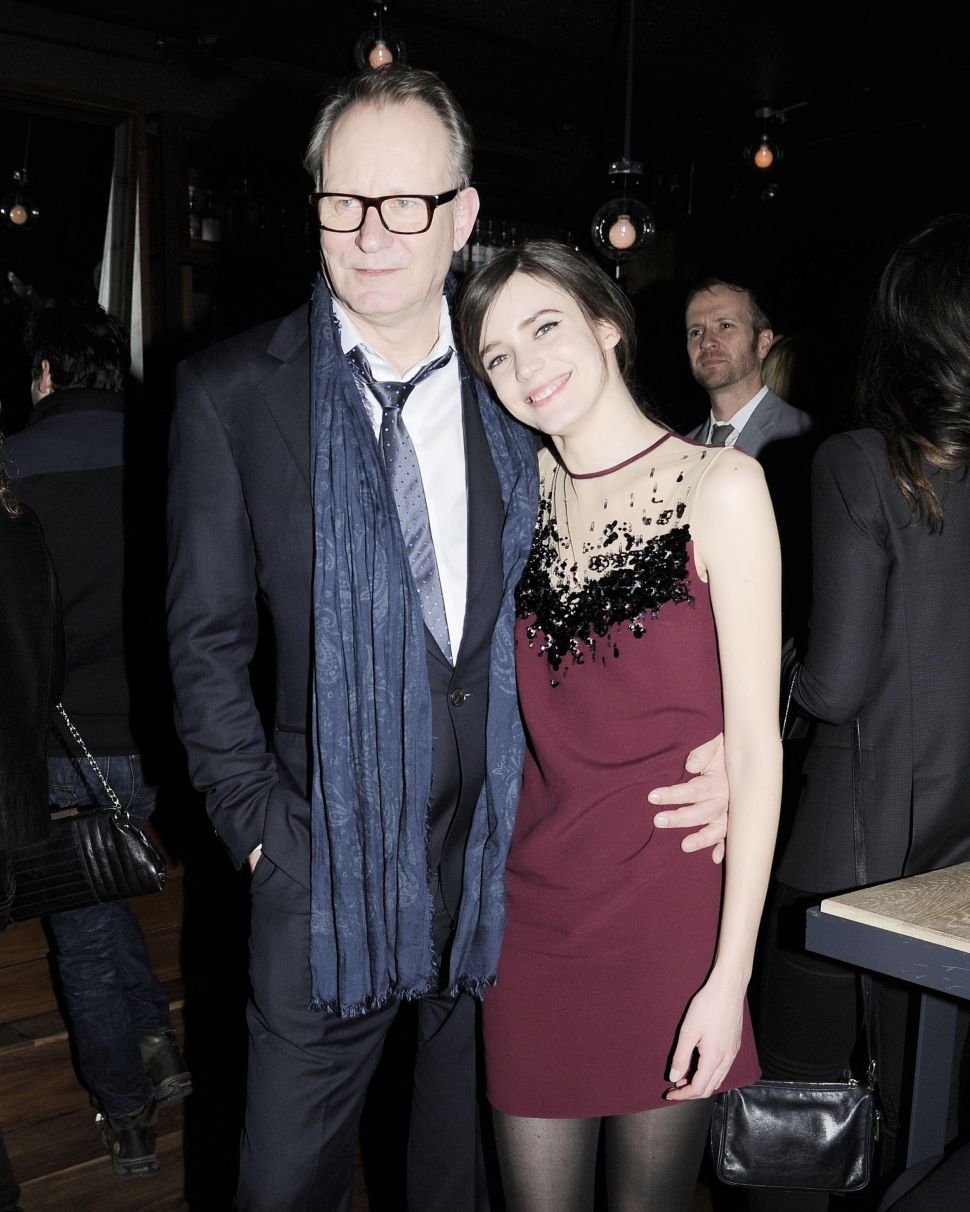