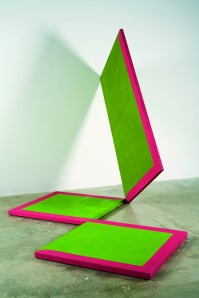 “Other,” here, means both “additional” and “marginalized.” The first part of the two-part exhibition focuses on Minimal art made or planned during the period 1960-1967 in Latin America, Africa, East Asia, Eastern Europe and the Middle East. (Art created after 1967, much of it made in reaction to “Primary Structures,” will be the subject of the second part, which opens on May 25.)

Works include Pakistan-born Rasheed Araeen’s Sculpture No. 1 (1965), four red-painted steel I-beams placed on the floor, and better-known pieces like Lygia Clark’s geometric Bichos (Insects), three interactive sculptures that more or less work like Minimalist Rubik’s Cubes. Brazilian artist Willys de Castro sly wooden wall piece Active Object (1960), as well as Hélio Oiticica’s better-known painted sculptural reliefs, are standouts. Many of these works are being exhibited for first time or were conceived in the 1960s but not made until now. Some pieces challenge Minimalism—an example is the Filipino David Medalla’s Cloud Canyons (1963). The kinetic sculpture consists of four vertical tubes producing tiny, cellular soap bubbles that well up and spill over the top of each tube; it’s an object-poem that calls into question classic Minimalism’s solid structures.

Mr. Medalla’s piece looks handsome in its window display, but much of the work in the show is hard to make out in relation to the enormous wall-size, blown-up photographs of the original show covering every gallery. “Primary Structures” was famously intent on putting the viewer’s body in direct relation to artworks, but in “Other Primary Structures,” there are large tape lines on the floor around most sculptures indicating that you can’t walk near them. Much of the art in “Primary Structures” was on the floor and had no pedestals—here there are lots of pedestals, situating sculptures like actors in front of enormous theatrical photographic backdrops. 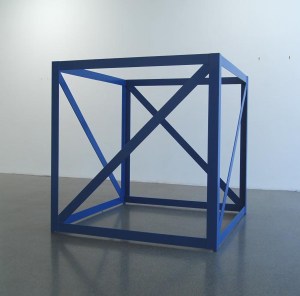 A more startling curatorial choice than the photos is a dollhouse reconstructing the original “Primary Structures” show. Peering through its windows, the 1966 exhibit looks amazing: tiny Dan Flavins and Ellsworth Kellys, Anne Truitts and John McCrackens. The Sol LeWitt room puts his linear white cube structures in relation to art by Walter De Maria and Larry Bell. That this display is kitsch is most evident in the handling of Mr. Hoffmann’s own office, a garret-like room at the top of the structure, illuminated with a single bulb, like an artist’s atelier, as if the curator were in there, hard at work.

Wall texts and charts take on a similar status as curatorial fetish object. They are enormous and boldly and graphically executed in red and yellow paint, yet their claims are vapid. One, defining Minimalism, reads: “Minimalism involves simplicity not only as an aesthetic value, but as a necessary aspect of a spiritual, essential mode of life.” What? The show is accompanied by a handsomely designed small catalog and ambitious programming including events with critic Germano Celant and artist Judy Chicago.

The problem isn’t merely that there isn’t a lot of art on display here. “Other Primary Structures” leaves us with a lot big questions: Can there be one global definition of Minimalism? Or is putting all these white objects in relation to one another a case of “pseudomorphism,” calling similar-looking things alike when they are conceptually and contextually dissimilar? More importantly, does the artist’s nationality mean nothing when we are looking at art—can we look at Minimalism as a global art movement defined by “simplicity” and a “spiritual, essential mode of life”?

“Other Primary Structures” is an important show not because of the art on display or the answers it provides but because it marks a new era in museum exhibitions in which art—and thinking through the specific problems posed by art objects—is no longer the main attraction. Curating is. The white, slight sculptures, shunted to the side, are just another element of display, competing with a dollhouse, wall-size photos and enormous graphic time lines. The current Sarah Lucas show at Gladstone gallery, in which large-scale phallic sculptures are on view in front of giant blown-up wall photographs of Ms. Lucas eating bananas, exhibits a similar kind of visual strategy. Sculpture is part of an environment made to be Instagrammed. In “Other Primary Structures” Jens Hoffmann’s curation is a startling new beast, and it is made for this new world of viewers. 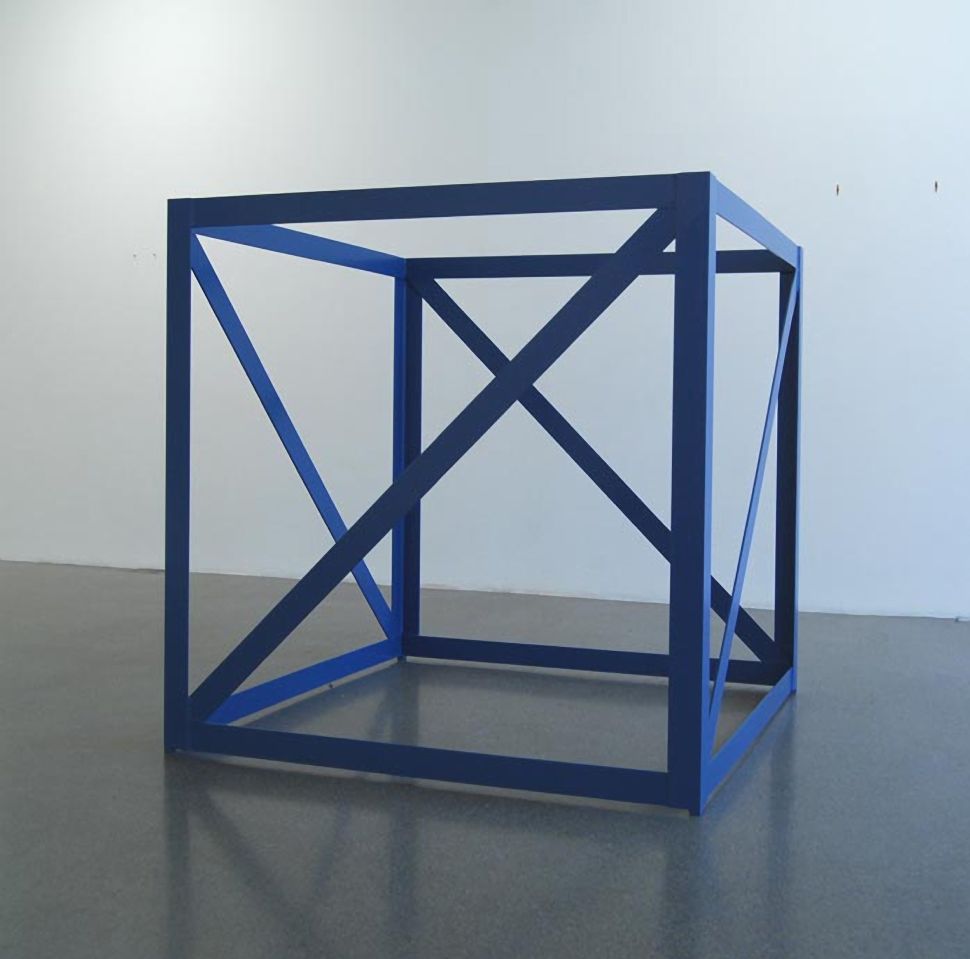