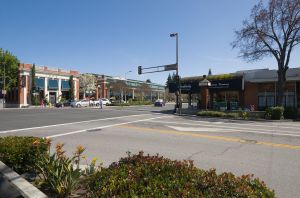 In mid-April, Pace Gallery will open a temporary branch in Menlo Park, Calif., in the former Tesla Motors headquarters there. Notable for its Silicon Valley wealth, Menlo Park, a town bordered by Palo Alto and Stanford, was deemed by CNN two years ago to be one of the “best places for the rich and single.”

For Pace, which runs galleries in New York, London and Beijing, the decision to stake a claim in Silicon Valley was collector driven, according to its president, Marc Glimcher, who said he’s been getting to know clients in that region for the past decade. He noticed that tech entrepreneurs are becoming increasingly interested in breaking into the art world. “People there started to say, ‘What we need is, not necessarily a gallery, but we need a moment.’” This moment—the Pace space will be open from April 16 through June 30—nearly coincides with the inaugural edition of Silicon Valley Contemporary, a new art fair running from April 10 to 13 in San Jose, that has attracted New York exhibitors like Marianne Boesky, The Hole and Untitled.

This is not Pace’s first venture in California. From 1995 to 1999, the gallery operated a space in Los Angeles, where there is a relatively established collector base. The art collectors in the Silicon Valley area, Mr. Glimcher said, tend to be new to the game. “They travel to do their jobs, they’re not traveling to go hang out at the Miami art fair,” he said. “I mean, I hope they do, but this is why it’s important to take it to them.” Mr. Glimcher added that his academic past lends itself to a rapport with the Silicon Valley crowd. “My background in biochemistry and immunology may have made it a bit easier to communicate in a place where so many people see the world through the lens of science and mathematics.” (Mr. Glimcher completed “about three quarters” of a Ph.D. in biochemistry at Johns Hopkins University.)

Pace will use about 15,000 square feet of the massive, 25,000-square-foot space, partitioning it further so that one half houses exhibitions while the other displays works brought in from other New York galleries. “I think we are one of the most collegial galleries in the business,” said Mr. Glimcher of Pace and its inclusive effort. Though the list of the five or six other New York galleries has not yet been finalized, Mr. Glimcher said that it includes Aquavella, Dominique Lévy and Mnuchin. Pace will take a commission on these sales. Showing work from other dealers, he said, is important to successfully initiating a new collector base. “They need confidence,” he said of Silicon Valley buyers. “They need to see that…they’re really being brought into the art world.”

The first show at the gallery will be an Alexander Calder survey featuring pieces—some for sale, some not—that span from 1929 to the artist’s death in 1976. On May 22, it will switch over to a show of work by the New York-based installation artist Tara Donovan. In addition to the showrooms, the gallery will feature a screening room for artist films, a 1,000-volume library and, “most importantly, we’re going to have a functioning bar back there,” said Mr. Glimcher, who will be spending time at the space, along with staff from the New York, London and Beijing branches. “That’s pretty much for me, though everyone else is invited too.”

“Basically, we’ve been having so much fun out there,” he said, “we just figured we could have one hell of a party.”