PATERSON – David Gilmore of the 1st Ward made it clear his campaign is different. He doesn’t want to talk about the other candidates.

He has a resume, which he forged beyond the city.

Tall and physically imposing, Gilmore towered in the hallway on the third floor of City Hall moments after this morning’s ballot drawing.

Asked about incumbent Mayor Jeff Jones, he gave a “don’t get me started” look before letting loose.

“The gentleman has a pattern of pointing his fingers and deflecting blame in any direction but himself,” said the former IBM aerospace project manager and director of housing for the City of Waterbury in Connecticut. “There are a couple of problems. He was a teacher, which is wonderful. But in terms of practical application, he comes up short. Same with his long tenure on the council. He lacked practical application. He was still theorizing. That’s the problem. And he never surrounded himself with the right people.”

When Gilmore takes over, the buck will stop with him, he promised.

He’s already hearing the back-chatter around his candidacy, about how he’s bitter and seething because Jones didn’t appoint him to head the community development department, which Gilmore craved, a position that he said he sought from three mayors.

He hears the criticism of his candidacy based on race: three African American candidates, including the mayor, make his run a fool’s errand at best, or so runs the critique.

And he hears the carpetbagger and spoiler charges.

“There are some who would say that race matters in this contest, but I’m really trying to look beyond that. I’m not going to use it as an excuse in our Democratic process. I totally refuse to be part of that. Let’s talk about getting the best candidate,” said Gilmore, who grew up in Paterson, served in the U.S. Army (1975-79) then spent 30 years in corporate and project management and ran his own magazine business in Atlanta, before retiring in North Carolina then coming back to the Silk City two years ago.

“You have to leave Paterson to make your way,” he explained. “Most people don’t come back. I came back.”

As for the spoiler charge, “I say to them – if that’s what I am, I will wear the badge proudly. Maybe it’s time for someone else. It might be a roll of the dice. It’s time to end the pie in the sky and…” he gave a nod toward the council president’s office – “someone just coming out of college.”

What about the fact that he’s never held elected office?

“An asset here,” Gilmore said, “because I’m not beholden to anybody.” 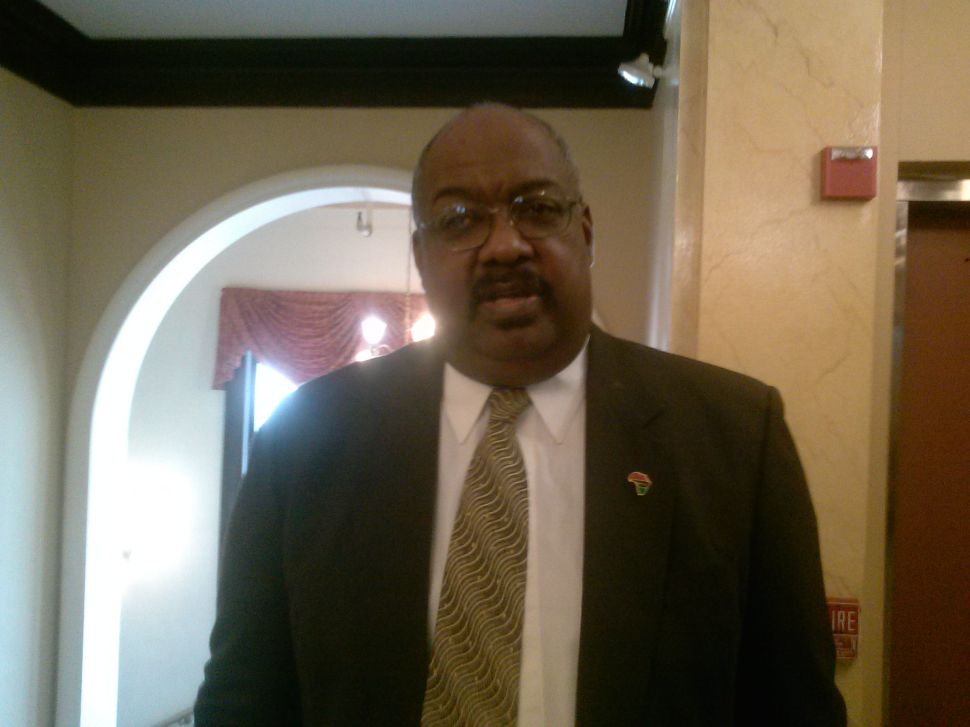