As an argument to get the combative congressman to stand down, they might have invoked that always useful cornerstone of Christianity: forgiveness.

But they nursed a more worrisome question.

The ministers called the congressman, sat him down and told him they fear a pattern wherein he depends on their support, then does not vigorously back Black candidates.

Recently, he didn’t select Cory Booker in the U.S. Senate Primary, for example. Before that he recruited Clifton cop Richard Berdnik to replace Jerry Speziale as sheriff.

Then there was his support for Hillary Clinton over Barack Obama in 2008.

Pascrell was waving them off early.

He said it had nothing to do with race.

Pointing to Assemblyman Benjie Wimberly (D-35), Assemblywoman Shavonda Sumter (D-35) and others, the congressman’s political advisors were livid at the suggestion that Pascrell’s refusal to back Jones could be spun as a slight to the Black community.

They put their Blackberries down and came off the wall.

The bad history with Jones was, yes, personal. Did they really have to go through it all over again?

The mayor had endorsed U.S. Rep. Steve Rothman (D-9) over Pascrell in a 2012 war between Paterson and the bigger Bergen piece of the newly reconfigured district. In that fight, Jones decided to throw in with the suburban congressman rather than the homegrown Patersonian.

After he beat Rothman, Pascrell was talked out of head-hunting in the case of state Sen. Paul Sarlo (D-36) and Assemblyman Gary Schaer (D-36).

Sarlo was from Bergen, after all, and Schaer – well, Schaer’s support for Rothman was harder to bear, but, the Pascrell people came to grudgingly accept the argument that most of Schaer’s district fell within Bergen. They got over it. Kind of.

But the mayor of Pascrell’s Paterson was supposed to now get a pass after he threw himself into the Rothman camp, no less on the day before Bill Clinton campaigned for a proud Pascrell in the Silk City?

No way, Pascrell told the ministers, and he insisted it didn’t even have to ultimately do with that election, but what he said was Jones’ active resistance to Pascrell legacy project: the Great Falls National Historic District and Jones’ seeming conscious decision not to work with him.

Apparently left unspoken was Pascrell’s and Passaic County Democratic Chairman John Currie’s big push through the month of January to get Wimberly to run for mayor.

An African American assemblyman widely seen as a rock star in the city owing to his work as recreation director and storied record at Paterson Catholic, where he coached future Giants Superbowl winner Victor Cruz, Wimberly would have cleared the field – a field that right now contains about 12 competing names.

Many Paterson insiders – not just those in the Pascrell camp – say Jones won in 2010 because Wimberly was on the local ticket.

Jones rode Wimberly’s coattails to victory, or so runs the narrative.

Loyal to the congressman and an active campaign presence in the 2012 troubles, he was Pascrell’s first choice – by far.

So the ministers’ argument that Pascrell wouldn’t back an African American contained a certain measure of bitter political irony, given his disappointment when Wimberly decided he didn’t want to run.

Sources say the assemblyman made his decision in part out of a cold-eyed assessment of the city’s bad financial condition and his doubt that Gov. Chris Christie would help furnish Paterson with the requisite means to boost Paterson’s sagging fortunes.

In the thick of their efforts to convince Wimberly, Council President Andre Sayegh (pictured, above, on the 2014 campaign trail) paced.

A loser in the 2010 mayor’s race, Sayegh didn’t want Wimberly to run.

He wanted to run again, and accepted that the assemblyman’s name ID, organization, in addition to support from both Pascrell and Currie, would be too much to overcome.

When Wimberly finally said no, Sayegh made his pitch.

Former Mayor Jose “Joey” Torres also had a history of good relations with Team Pascrell. Unlike Jones, Torres at the local level had been a willing partner in the development of the Great Falls.

But while Sayegh had gone door-to-door and worked hard for Pascrell when it counted, no one saw much of Torres on the trail in 2012.

The former mayor had not bled for Pascrell.

Insiders remembered being holed up in the basement of the Brownstone with Torres on the night Jones beat him in 2010.

But Torres was seldom seen aboard the sometimes doomed-looked caravans of the Pascrell campaign as many insiders wrote off the contest as a Rothman win.

Was Sayegh the perfect candidate?

He wasn’t Latino – and he wasn’t African-American.

But Sayegh had a good campaign work ethic, a message of transcending race and unquestioned dedication to the Pascrell cause come clutch time.

That Pascrell would even entertain Sayegh bothered Torres.

It more than bothered him.

Torres blamed Sayegh for his own loss to Jones.

If Sayegh had stayed out of the contest and not split the vote, Torres would have won re-election, he would repeatedly bitterly tell people, some of whom only half listened, convinced the mayor didn’t work hard enough in his bid for a third term.

Torres wasn’t the only one who wanted Pascrell’s support.

But Councilman Aslon Goow was a former councilman, having lost twice in bids to retain his Ward 2 council seat. Pascrell and his inner sanctum like Goow. But they couldn’t reward him.

The fact that Goow entered the race irritated some members of Pascrell’s alliance. But others argued that Goow – a longtime fierce opponent of Torres – would ably fulfill the role of bomb-throwing Ward 2 berserker and put Torres in any number of enervating campaign run-downs.

All Sayegh had to do was put his head down and work. Goow would tango with Torres, who would also have the challenge of at least two other Latinos in the race: Councilman Rigo Rodriguez (if he makes it to the finish line of Election Day, he’s under indictment), and Maria Teresa Feliciano.

Back to the ministers and Pascrell, who walked out of the meeting unable to reconcile the divide.

Jones would be up next for his sit down and although sources were already crowing about Jones’ loss of Sumter as a campaign manager – the assemblywoman has a respected political work ethic in the city – it looked like the mayor could count on the ministers’ support.

What would Wimberly do?

Sources say he was unhappy with Jones.

Would he put his weight behind Sayegh, would he support Jones in the name of keeping faith with the ministers and the Black Community, or would he stay out of it?

Allies of candidates in other camps spoke of the assemblyman’s dislike of Torres. The mayor rammed Wimberly apparently on his way out the door in 2010, and whether that animus would be sufficient to engage the sporting Wimberly at the risk of entangling himself in too much local angst was now a going political topic.

But what was clear, in any evident, even if he hadn’t yet issued an endorsement, was Pascrell’s dedication to reliving the city of Jones. 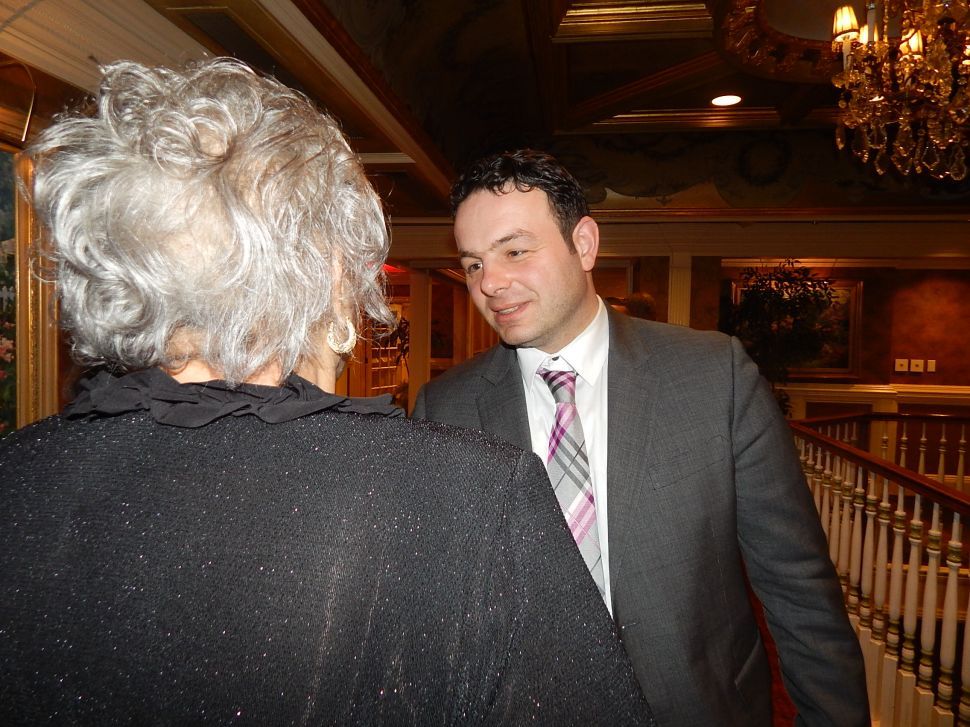