Running for mayor of Paterson, Dr. Maria Teresa Feliciano slashed at former Mayor Jose “Joey” Torres following the mayor’s comments to PolitickerNJ about the candidate’s less than threatening presence on the nine-person trail in pursuit of the city’s mayoralty.

Torres said Feliciano isn’t real, in the sense that her campaign can’t get off the ground politically.

But Feliciano didn’t take it that way and wasn’t amused by the implication.

“What does he mean, ‘I’m not real?’ How am I not real? Does that mean I don’t exist? How don’t I exist, in his drunken stupors or in his hallucinations or in the group of mayors who write themselves checks? Is that what he means?”

“At first I laughed at his words only because it wasn’t clear. ‘I don’t exist,’ or you are in a state of mind that doesn’t allow you to see me or by believing you don’t see me, you think that I will go away.”

Then she found herself furiously concluding that the mayor dissed her because she’s a woman.

“This little nitwit is part of this establishment that ignores women,” said Feliciano, a Dominican American whose family came to Paterson in 1967. “Women are very familiar with this technique of repression and suppression. Even when we are better equipped and better prepared than those trying to dismiss us.”

Part of Torres’ assessment of Feliciano’s less than formidable chances as a mayoral candidate was her nomination by Gov. Chris Christie to the Civil Service Commission, questioning her credentials as a Dem in a Democratic Party stronghold.

“I am a registered Democrat,” said Feliciano, retired two years ago as a public administrator from the criminal division of the Judiciary.

“I do have a relationship with the governor that goes back to when he was U.S. Attorney,” the mayoral candidate added.

Backed by the Latino Leadership Alliance PAC headed by another Christie ally, Martin Perez, Feliciano said she intends to be mayor and is not in the race to simply spoil Torres.

“Joey is in this race to prevent my election,” said the candidate. “Torres is a mayor of two terms with a mixed bag; some accomplishments in economic development but major failures in crime and taxes. He wants to come back for whatever reasons he has, but what he’s doing is preventing new leadership and putting personal needs ahead of the city’s needs.” 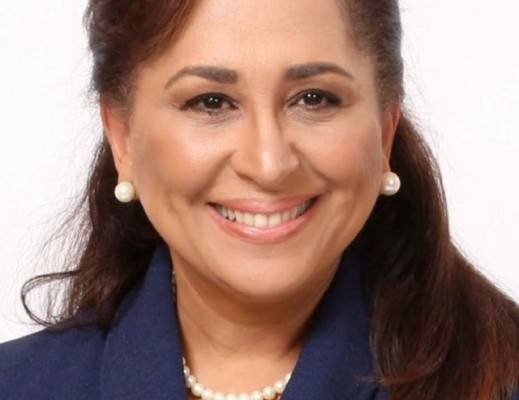