The motto of a droll but generic little black comedy called Better Living Through Chemistry is: “Don’t get high … on your supply.” The end result of this stoned-cold picnic is both haphazardly successful and somewhat disappointing, but it’s worth seeing, thanks enormously to the tremendous charisma of Sam Rockwell.

In a subtly modulated performance that provides further proof of this enigmatic, boyishly handsome young character actor’s often untapped versatility, he plays the only pharmacist in a small, picturesque colonial town in suburban New York state. For years, Doug Varney has been toiling away at Bishop’s Pharmacy under the domineering thumb of his disapproving father-in-law, after whom the drug store is named. When the grumpy, implacable old coot finally retires, the name stays the same even after Doug buys it. Doug is a sweet, slight, mild-mannered type who is underappreciated from every direction. Dispensing drugs to treat everything from acid reflux to genital herpes, he knows a lot about (and acts as a trusted confidant to) everyone in town, but his home life is pure misery.

Troubled 12-year-old son Ethan (Harrison Holzer) lives in a dark room with blackout curtains and vandalizes the boys’ locker room at school with his own excrement. Wife Kara (Michelle Monahan) is too busy road cycling to show the faintest interest in Doug, in or out of bed, and working out has turned from a hobby to an obsession—“something I know a thing or two about,” snaps the voice of the film’s narrator, Jane Fonda. (Playing herself with her salty tongue planted humorously in her gorgeous cheek, her voice-overs are one of the film’s highlights and one of the year’s cleverest casting coups.)

Swept into an artificial bliss that turns him assertive, happy and deliriously erect, Doug is transformed from Gary Cooper in Good Sam to Danny Kaye in Walter Mitty, with a little Double Indemnity thrown in for good measure when Elizabeth toys with the idea of knocking off her rich husband (Ray Liotta). She’s reluctant at first (“If I wanted to kill him, I’d just gain 100 pounds”) but cottons to the idea fast when she thinks about the future—and all that money to finance an endless supply of Oxycontin. “I’m just a trophy wife—we don’t age gracefully and die holding our husband’s hand in a nursing home. We get replaced!” The slick dialogue is by the writing-directing team of Geoff Moore and David Posamentier.

Bliss goes south when the new reckless, carefree Doug, in partial recovery from a week-long drug binge, gets a surprise visit from the hilarious Norbert Leo Butz as a special agent with the Drug Enforcement Agency. While he’s checking to make sure the pharmacy’s dispensing ledgers match the DEA’s inventory prescription database, Doug thinks he has committed murder with an untraceable overdose. Prison looms as the speed bumps multiply, and Doug goes from neat, preppy nerd to disheveled, hungover reprobate with hair by Westinghouse. The movie is about how a nerd learns to take charge and become his own man and how fate intrudes miraculously in time to save him from his own Frankenstein monster.

As a black comedy, it has clever plot twists that eventually seem like padding in the final stretch, and it underutilizes the considerable talents of a stellar cast. Still, it benefits from Mr. Rockwell’s dynamism, Ms. Wilde’s drop-dead comic timing and, when she at last makes an unexpected appearance at the pharmacy, the inimitable Ms. Fonda, who delivers the last line of the movie with an élan that is nothing short of spectacular. 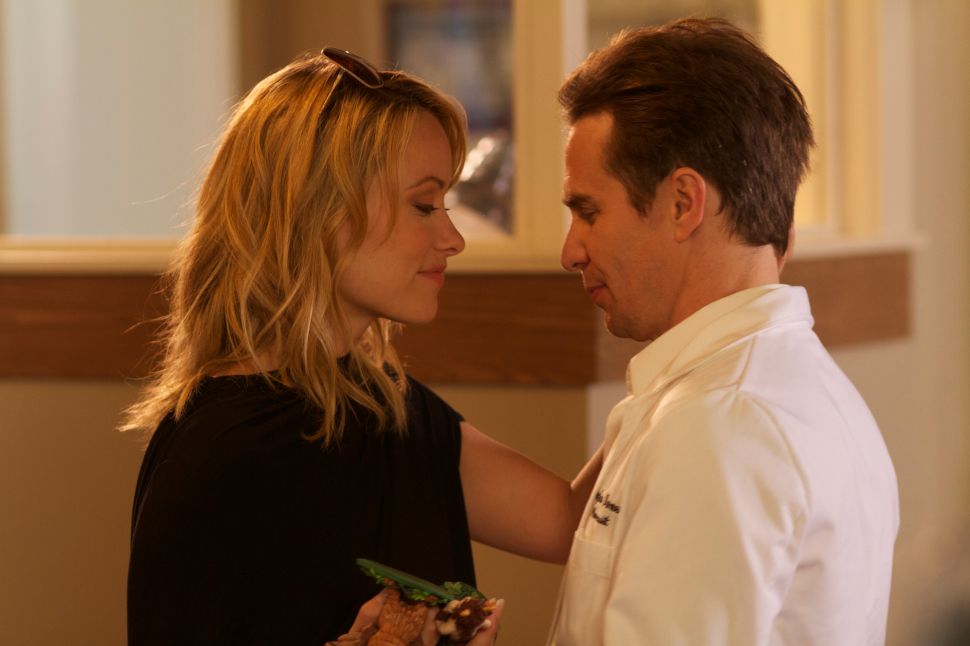