Marketers are always working against “banner blindness,” which evolves to include every effort to beat it. [Are You A Human]

Anyone who’s seen a video on the internet plays the same routine — wait for an ad to load, hold your mouse over the “Skip Now” button, and zone out while the 5-second timer runs down. Now, a company called Are You A Human is making the process better for both consumers and advertisers.

The company’s new tool is called Playthru for Video, which lets online video sites swap the “Skip Now” button with a cute interactive game, so advertisers get better value for their ad dollars. As shown on the company’s site, you can skip a Quicken Loans commercial by dragging a small floating “Sold!” sign onto a small image of “your new house”.

It solves a dual problem with the “Skip Now” button: humans don’t pay attention, and bots let the video play and create a false view. The game takes about the same time to complete as you’d spend waiting otherwise – much quicker if you see it coming.

“Pre-roll video is a necessity, but can be pretty annoying,” Co-Founder Reid Tatoris told Betabeat, “We give the user a chance to engage with the brand.”

The original Playthru product was designed to replace CAPTCHA boxes (the windows that ask you to copy cloudy strings of letters and numbers) with interactive puzzles:

It can be difficult to know who is or isn’t a real person, so Are You A Human designs bots that try to break through interactive games and generate fake views. But even bots that are programmed to complete puzzles perfectly can fail for not completing them in a way that’s human enough.

The way we interact with video ads now is miserable for both parties. When given the option, people click “Skip Now” as often as 85% of the time, and with a kind of “banner blindness” that tunes out whatever they hear in those first five seconds. And that’s if it’s even a real person.

As Betabeat has previously noted, automated bots are a growing plague on the marketing business. A larger and larger share of online page views come from small armies of botnets, creating fake impressions which advertisers still pay for.

“We know when a real person is interacting, and we only charge advertisers when a person interacts with an ad,” Mr. Tatoris said. This is miles ahead of how advertisers are currently charged, which includes buying impressions, clicks and video playthroughs, all of which can be activated by bots.

Are You A Human’s research suggests that ads skipped with these little games are more memorable even than ads watched through to completion.

“They remember the brand, but then on top of that, they remember it in a positive way,” Mr. Tatoris said.

Popsugar, Complex Media, and other publishers have already signed on for the product, and Are You A Human is developing relationships with larger video networks. 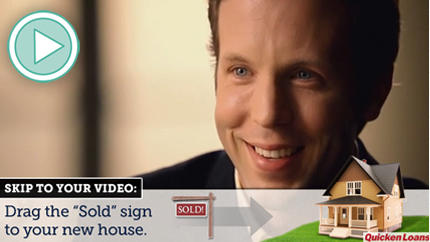