When Building Trades stalwart Senate President Steve Sweeney (D-3), an ironworker by trade, in 2006 declared his intention to overhaul the public worker pension and benefits and healthcare plan, he not only struck a chord with the voting public, but gave voice to longstanding tensions within the ranks of the one million members of the NJ labor movement.

Elected in 2009, Gov. Chris Christie was only too happy to pick a side and force a fight, throwing in with Sweeney to secure greater contributions by workers to their pension and healthcare plans and ultimately riding a divided labor force to re-election victory.

One of the most powerful Building Trades affiliates in the state, the Laborers led by Ray Pocino, lined up a very early endorsement of Christie. Tacitly approving of his decision to support Sweeney on the overriding labor/budget issue of his tenure, Christie as he sought re-election did not campaign aggressively in those strongholds of support for the Democratic senate president.

Beset by polls that showed the Republican too tough to beat and led by the New Jersey Education Association (NJEA) and the Communications Workers of America (CWA), public sector labor undertook a massive 2013 effort to secure allies in the legislature to prevent more interference by Christie or Sweeney with public pensions.

Post-election, calling a coming public pension payment “non negotiable,” working early to restore the labor movement, both private and public sector, and moving to secure support for his own future run for governor, Sweeney announced that he would shut down government if Christie failed to place a dedicated $2.4 billion in the state budget.

Another labor war was coming, the field reconfigured with new political dynamics at work, and labor again was at its heart. 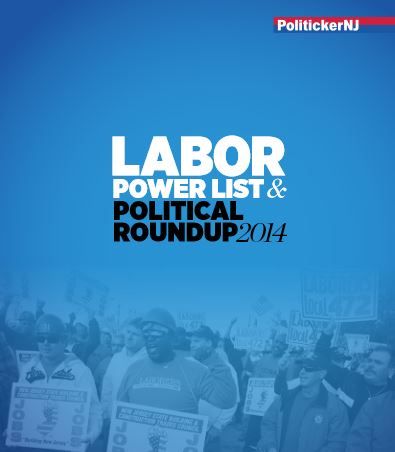