Oh, happy Tuesday. Happy Tuesday to us! And happy Tuesday to President Barack Obama, who gets to use his most salty game on funny gnome-man Zach Galifianakis in this interview for Funny Or Die’s Between Two Ferns series.
“Where are you planning to build you presidential library, in Hawaii or your home country of Kenya?” asks Mr. Galifianakis, because shit just got real.

Obviously, this is a huge deal, both for comedy fans and for the rest of us, as even before the video was released it was given its own New York Times article devoted to the president’s cameo and trying to explain how comedy works. 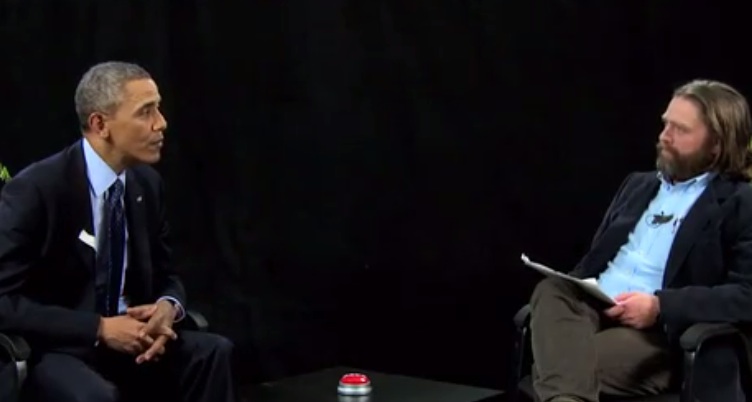