The protesters began an organized chant about 40 minutes into the governor’s event and were promptly escorted out by police (video). The governor patiently waited for the protesters to leave before telling attendees the orchestrated protest was an act orchestrated by the state’s powerful unions.

“This new and recent phenomenon is brought to you by the Communications Workers of American,” Christie said at the state of his question and answer section of his town hall event.

“They are recruited by people who we, we collectively, have been standing up for the past four years,” he said. “Having failed at the polls against us, … their latest scandal is to recruit people to come here.”

The protesters took turns standing up and shouting at the governor over the George Washington Bridge lane closure controversy and demanding on Christie to force the Port Authority’s chairman’s resignation.

The town hall comes a week after a half dozen protesters were ejected from a similar event held last week in Mount Laurel.

The protesters, comprised mostly of Rowan University college students and members of the left-leaning organization New Jersey Working Families Alliance, shouted at the governor as Christie took questions from the audience.

The governor criticized the protesters as partisan hecklers who were more interested in media attention than actually posing a question for the governor.

“These folks who come in here today, ginned up for their own partisan purposes, see, they’re getting exactly what they want,” Christie said after reporters chased the protesters out of the gymnasium hall.

“What happens is they get taken out, they get attention, and the press follows them out and then interviews them, right? Which is exactly what they want,” he said. “They don’t want an answer from me.”

However, the protesters argued they shouted at the governor because they speculated Christie wouldn’t call on them based on their age and way they were dressed.

“They don’t want an answer from me,” Christie said at the time after telling the first protester to “either sit down and keep quiet or get out.”

The South River event also came with increased police presence, which the governor’s office recently indicated would be a staple at future town halls after adding a line to news releases for the events advising “due to safety requirements, law enforcement will be in attendance and will wand all attendees.”

Christie’s office said the increased police presence had nothing to do with the distributions at the Mount Laurel event. 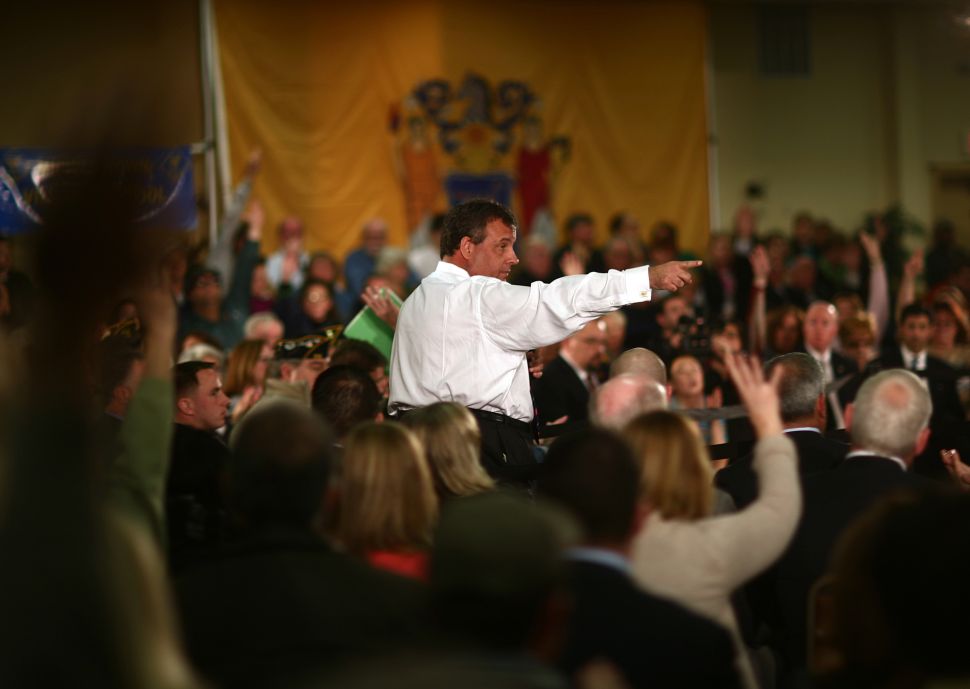