At least jaywalkers aren’t being stopped and frisked (yet).

As part of an ongoing effort to reduce traffic deaths in the city, cops in Bay Ridge spent the beginning of this week handing out what appeared to be court summonses to New Yorkers for doing what they do best: jaywalking.

But the perpetrators weren’t actually being called to court. Instead, they were instructed to appear at “the nearest intersection, in the crosswalk, crossing with the signal.”

The black and white notices were actually public service announcements designed by the 68th precinct, which operates in Bay Ridge. They were titled “68 PCT Pedestrian Violation Warning Notice,” and were handed out at the corner of 68th Street and Fifth Ave.

“It definitely caught people’s attention,” Sophia Mason, an NYPD spokesperson, told the Observer. “It was just meant to be a quirky looking handout that would cause people to stop and think.”

If there’s one thing the NYPD generally is not, it’s quirky. But Ms. Mason said the phony summonses also served the practical purpose of providing safety tips for pedestrians, like reminding them to look at crossing signals.

“The captain of the precinct said he received an almost universally positive reaction,” Ms. Mason said. “There were no negative reactions.”

The faux tickets may have been a funny joke to the NYPD. But real, less humorous jaywalking tickets have become a common phenomenon in New York, as part of Mayor Bill de Blasio’s Vision Zero plan to reduce traffic fatalities. In fact, the number of jaywalking tickets handed out this year is 800 percent higher than last year.

This seeming assault on a classic New York pastime is a reaction to a rash of pedestrian traffic deaths that have occurred in the past few months. In January, three pedestrians were struck and killed by cars.

If handing out these “quirky” notices helps save lives, we’re willing to go along with the joke. 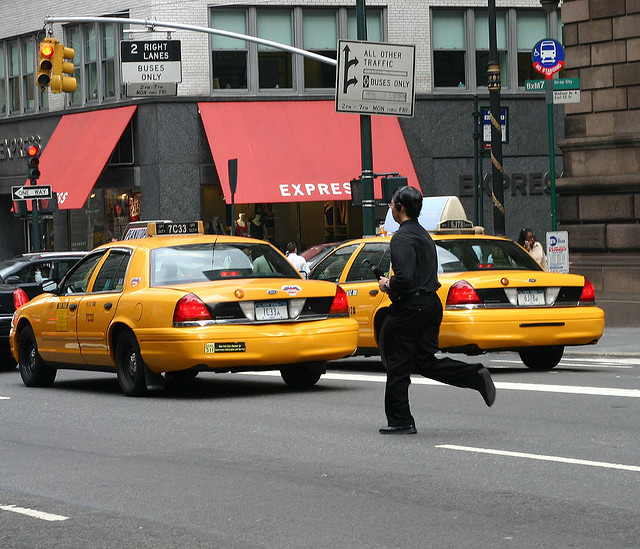