A shakeup could be brewing in the legislative district that’s home to a top Democratic lawmaker eyeing the governor’s office, according to sources.

“The facts are there was a poll run in Cumberland County two nights ago asking, “If the clerk’s election were tomorrow who would you vote for?’” said Greco, adding the only choices given as possible contenders were Riley and the incumbent county clerk, Gloria Noto.

“I’ve had all walks of the community call and tell me that’s the fact,” Greco said.

Several South Jersey Democratic sources suggested Riley expressed an interest in doing something in Cumberland County, but denied she was being considered to run for county clerk, including Riley’s district mate and the state’s top lawmaker, Senate President Steve Sweeney.

“You’re being paranoid,” Sweeney told PolitickerNJ during a public appearance with Gov. Chris Christie and George Norcross III in Camden on Wednesday.

Sweeney denied any of the LD 3 lawmakers he recently shared a ticket with were entertaining a Statehouse departure.

However, at least one South Jersey Democrat confirmed Riley’s name had been mentioned to challenge Noto. 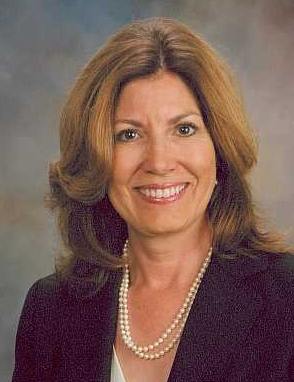