If you’ve ever had a long-distance relationship, this might ruin it for you. Another redditor, excited to be visiting his girlfriend in a different state, quickly gets down to business. While down, he quickly notices a horrible taste/smell. Resourceful, he decides to put a Jolly Rancher into his mouth to mask the stench. At one point he loses his candy deodorant within his girlfriend and goes to retrieve it with his finger.

Pulling what he thought was the Jolly Rancher back out, he bites down to extinguish the taste. The bite turns out disastrous as the Jolly Rancher turns out to be a nodule of gonorrhea, exploding puss into his mouth, prompting this poor guy to throw up everywhere. Turns out his girlfriend had cheated on him early in the semester and never was tested.

His story turned a generation of redditors off of Jolly Rancher, and probably for you too.

In a thread answering the question of “What's your secret that could literally ruin your life if it came out?” a user outlines how he exclusively masturbates into an old shoe box. For over 3 years.

Every time the urge hit, he turned to his trusty cardboard companion. Filled with guilt, he once tried to burn it after the smell got too bad, only to be unable to light the box on fire because it was too damp from his semen. It only sizzled.

The imgur gallery of the box has done over 7 million views to date and has become a go-to joke on reddit. An updated photo of the box shows it was overgrown with mold, semen-ting it into reddit lore.

Doritos, outside of being a staple to the “gamer” population, also has a more sinister reference on reddit. One user describes how her family member walked into a fat woman using vaginal discharge as dip for her Doritos she stole from another person in the convalescent home she worked in. Complete with “With that cheese drip on pizza stretch effect. She apparently had this big smile as it dripped down her chin.” 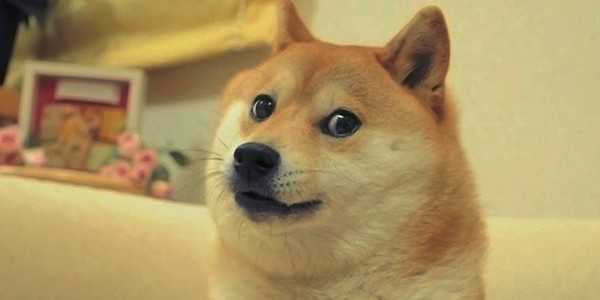 This joke is a play on words of the Kony 2012 campaign. Instead of an African militant leader, this story, spread over 4 posts gathering tens of thousands of comments, is about a son who is sodomizing the family dog named Colby with a hairbrush. The distraught father turns to reddit for advice, with the headline “I think my teenage son may have sodomized our dog. I'm not sure what to do. Help me Reddit”. The post had 3 follow up posts, which all added to the Colby frenzy.

I am the father and redditor whose son sodomized our dog with a hairbrush 2 months ago. He's done it again and don't know what to do, please help UPDATE - I am the father and redditor whose teenage son sodomized our family dog Colby. It's been two months since the latest incident and my family is falling apart. More inside. I am the father/Redditor who lost his family after it came to light that my son was sexually abusing our dog, Colby. I have some good news for everyone: COLBY IS SAFE. But there is still the question of what to do with my son?

Usually redditors will add “Never forget” for added humor. The story is rumored to be fake, like the Kony 2012 campaign, furthering the reference.

“EDIT: I decided to walk in on her. It went okay.”

Spacedicks isn’t just a line from an old reddit thread. It is a subreddit dedicated to the most horrible things on the Internet. The banner of the site features a severed penis with a rainbow trail leading to an exposed anus. The links are a collection of mutilated bodies, problematic porn, dead bodies, and whatever else the community deems repulsive enough. The subreddit is referenced often in other threads about what is bad about reddit, or as a joke where to direct new users for their first experience. As most the threads will say however, never go to spacedicks, you can never un-remember. 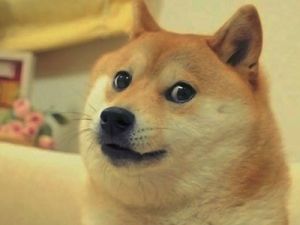 Given the size of the site, some of these jokes make their way into the general public, creating well known memes such as “Ridiculously Photogenic Guy”, “Grumpycat”, or “Ermagherd”.

But the real karma comes to the redditors who can identify the less well known references. reddit’s inside jokes. Stories passed down from thread to thread, protected from the general public by their lack of clarity, and their grotesque origins. On the surface, these lines, while confusing, seem harmless. Why would a simple comment of “broken arms” gather hundreds of upvotes and countless follow up comments?

Digging a bit deeper you’ll find many of these self-referential jokes have less than pleasant beginnings and hint at the mindset of the general population of reddit (Pew Research found that the majority of reddit’s user base are men between the ages of 18-29. In fact, men outnumbered women of that age 3:1 on the site). Given this, many of these would be considered crude and off-color humor to people outside this population.

To give you a taste of this world, here are a few of the most popular inside jokes and where they began. But we’re warning you, these are gross. Like really, really, really gross.