Most people like talking more than listening, because we are all terrible narcissists who find ourselves really fascinating. And when we can’t talk about ourselves, we like to read about the way we talk. This past weekend, one of the most emailed stories on the Times website was about the decline of the hard-to-imitate Philadelphia accent.

Stories about the way people talk seem to do really well in the Times.

The New York Times‘ most popular story last year was not a story about politics or about all the kale that those kids in Williamsburg eat at brunch, but an interactive quiz that told you where in the country you sound like you are from based on what words you say.

“Dialect is all about people’s sense of identity — ‘this is who I am, this is where I come from,’” Josh Katz, the former Times intern (now a senior editor on the Times‘ data project) told Knight Lab in January.

We all just want to figure out who we are and where we come from. 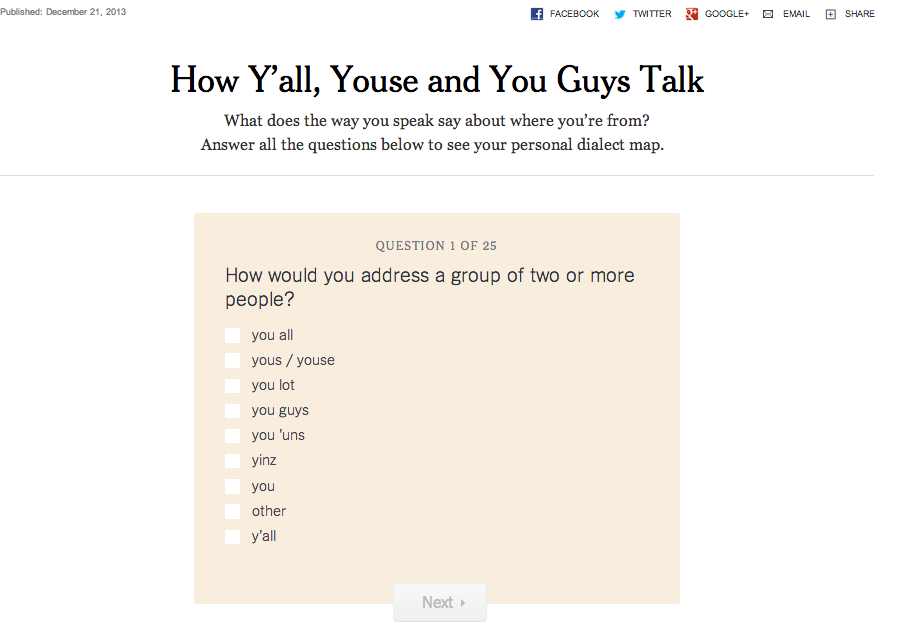