Come see what all of the fuss is about at @carnegiedeli We’re open today until 4am. #openlate #pastrami #cheesecake pic.twitter.com/D98QbUrZlL

It is a good thing we like our pastrami with a side of drama.

Carnegie Deli is currently embroiled in a months-long tale of intrigue between owner Marian Levine, her husband Sanford Levine and his mistress Penkae Siricharoen, and things just got intense.

Mrs. Levine is suing her husband and his girlfriend for $10 million, the amount of cash they allegedly stole over the last few decades. New York Daily News reports that court documents state Mr. Levine began withdrawing funds all the way back in 2000.

The plot thickens as Mrs. Levine accuses her former significant other of forging her signature on checks to send money everywhere from bank accounts (some owned by his daughter Jodi Levine Smith) to safe deposit boxes to this very Carnegie-looking restaurant in Thailand. (Which, btw, Mrs. Levine has also threatened to sue over.)

This isn’t the only lawsuit sandwich that Mrs. Levine has served up to her husband. Back in October, the deli owner sued Mr. Levine for the first time after discovering his extra-marital activities. She claimed he not only failed to use “sound business judgement,” but also gave his girlfriend a sweet deal far below market price on the apartment above the deli.

“The latest lawsuit, which stems from a divorce proceeding between Sandy Levine and Marian Levine, is the third …(and they are all)replete with false and scandalous allegations, and seek to force Penkae from her home of many years,” Ms. Siricharoen’s lawyer Peter Schwartz told the Daily News.

I think we speak for everyone when we say the real tragedy here is that the Levine’s short lived reality show Family Pickle isn’t still a thing, because this situation screams ratings. 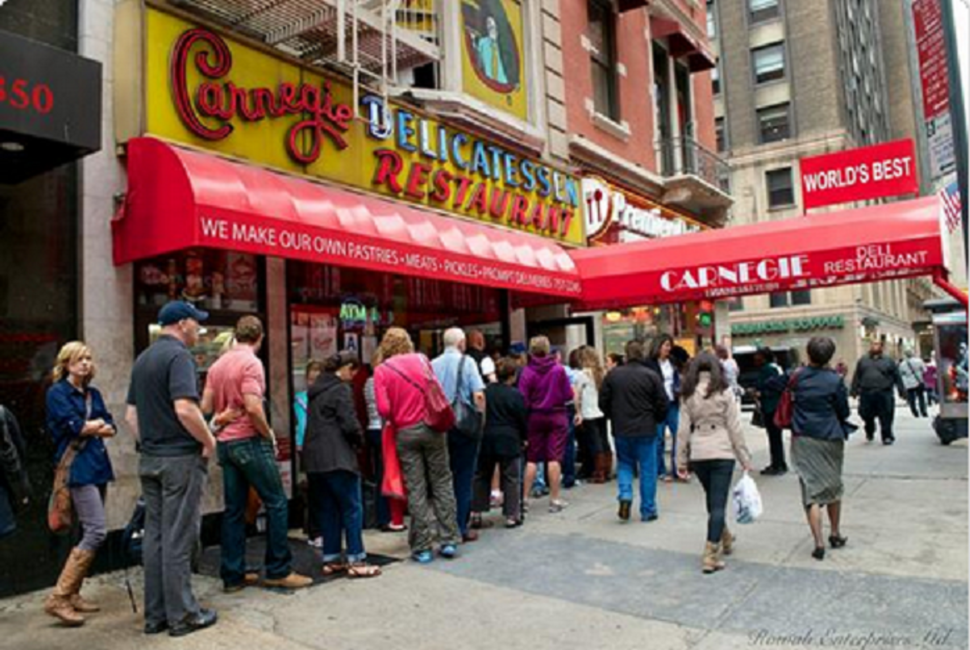