“A dereliction of duty” is how the Ramapo College Finance professor describes Booker’s freshman year in the U.S. Senate since vanquishing Lonegan in last year’s special election.

“He’s paper thin and he’s going to be tied to Obama,” added the senate candidate, staying focused on the Democrat, referring to the low job approval-hampered Democratic President, a longtime Booker backer.

“He’s our silent celebrity senator who’s a rubber stamp for the President on issues I would be blocking,” added Sabrin, who said, like Lonegan last year, also aims to force ownership of Newark’s sagging fortunes, where Booker previously served as mayor.

“If you can’t manage a simple issue like , how can we expect him to handle war and peace?” pondered Sabrin, targeting malfeasance at the Newark Watershed Conservation during Booker’s local tenure.

While Sabrin still must get through a Republican Primary where there is no clear frontrunner and the competitors have early divided those county party endorsements already decided, Democrats are alert to the possibility of Lonegan 2.0.

“He’s crazy,” a Booker ally told PolitickerNJ last year after Lonegan won the Republican Primary, and used the characterization over the coming months to justify the Democratic nominee’s avoidance of his tenacious GOP rival.

Booker eventually won, but Lonegan convinced political watchers that he made the contest closer (an 11-point margin of victory for Booker) than expected.

If he wins the primary, does he anticipate running a campaign similar to Lonegan’s? PolitickerNJ asked Sabrin.

“I think there will be stark contrast on every issue,” said the candidate, who ran unsuccessfully for governor in 1997 and for U.S. Senate in 2008. “This is civil liberties protection and free enterprise versus Booker’s embrace of the welfare state and crony capitalism.”

“In the 2009 primary for governor, Lonegan proposed a tax plan that would have raised taxes,” he said. “A real fiscal conservative never would never raise taxes.”

There’s bad blood there and bitterness between Sabrin and Lonegan, going back to missed GOP Primary opportunities, and endorsements offered and unreturned.

Asked if he supports Lonegan’s views on federal Hurricane Sandy aid (the former mayor of Bogota said last year he would have voted against it), Sabrin said,  “Here’s my position: I would vote for it with the caveat that government get out of it after the dispersement of funds.”

“Here’s what Cory Booker is doing,” he said. “He is secluded in order to study the issues because he has to be well briefed on the issues to face me. I don’t need to be prepped, and he does.”

At a St. Patrick’s Day event over the weekend, Booker sought friendly input on how he should handle the coming, as-yet-undecided contest.

“Don’t say anything, don’t do anything,” was the advice he received on at least occasion.

But if Sabrin is convinced he can punch his way through the GOP Primary by continuing to chop at Booker, not everyone in the GOP power field shares his enthusiasm.

Speaking on condition of anonymity when nudged about Sabrin’s candidacy, a Republican source, bereft of a brand name candidate in the establishment stratosphere, groaned, “God help us.” 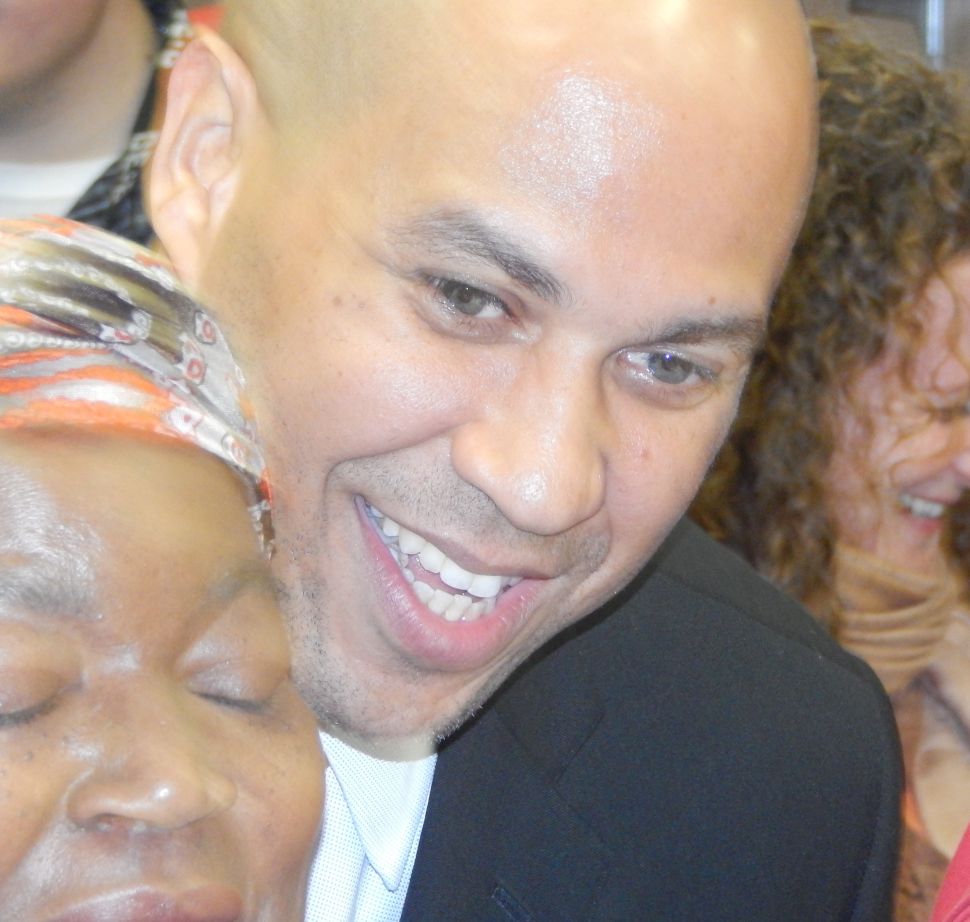