BELMAR – A small business advocacy group is looking for answers on what it claims is $85 million in unspent Hurricane Sandy relief grants meant to help struggling business owners get back on their feet.

Business owners and members of the advocacy group the New Jersey Main Street Alliance gathered outside of Gov. Chris Christie’s Belmar town hall Tuesday to express their disapproval over thousands of applications for assistance “waiting in limbo” 17 months after Sandy slammed into the New Jersey coast, said a group spokeswoman, Corinne Horowitz.

The advocates appeared at the Christie event after claiming the governor told a crowd at a recent Flemington town hall that the reason for delayed disbursement is due to a lack of demand from the business community.

Not so, says Horowitz and other small business owners who gathered in Belmar.

“People need this money … and to say there’s no demand is simply false,” she said. “There are 3,300 applicants.”

The state’s Economic Development Authority only doled out $15 million from a pool of originally $260 million in grants for small businesses, Horowitz said.

“You get bounced around from person to person,” said Kenneth Ackerman, owner of Ocean Towers and Welding in Point Pleasant, explaining the application process has been slow and arduous.

Ackerman’s company was under five feet of water after Sandy devastated the state and has been operating with old equipment.

“All my good equipment has been destroyed,” he said.

The governor’s office did not immediately respond to an email seeking comment. 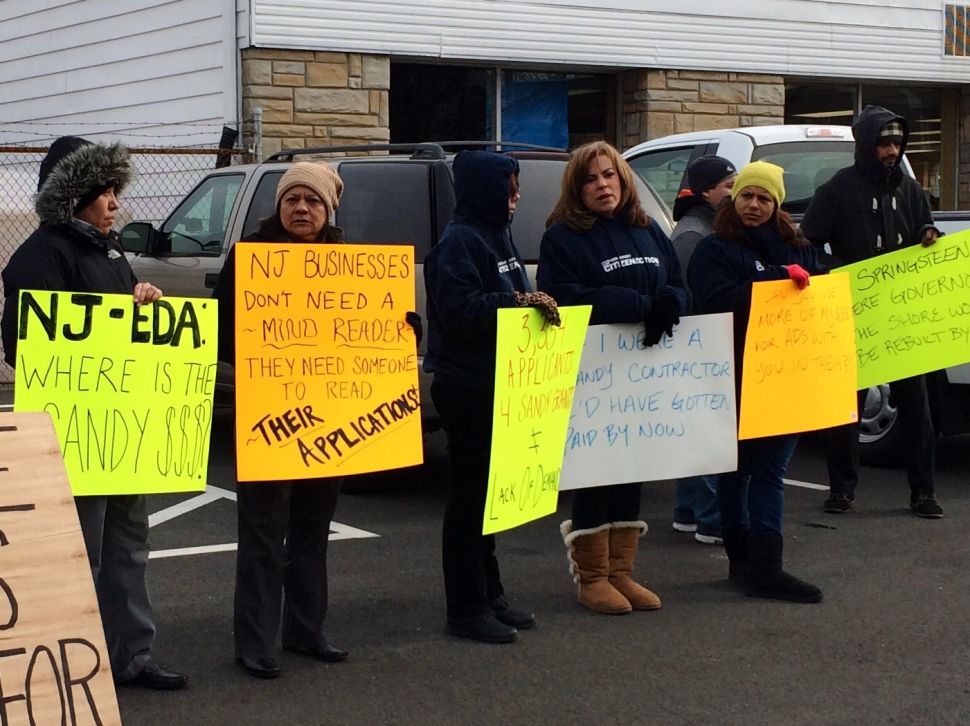