NEWARK – Dumped out of her Central Ward City Council chair in 2008, Dana Rone is back.

She will have the line in Essex County as the Democratic Party’s candidate for register, sources tell PolitickerNJ.

The move by Essex Democrats presumably props up part of the battleground Central Ward in favor of County-backed Newark mayoral candidate Shavar Jeffries.

A judge in 2008 ruled that video tape evidence made it difficult not to jettison Rone from office, following review of a Dec. 20, 2006 traffic incident, when the then-councilwoman attempted to intervene on behalf of her nephew during a trafic stop.

Stripped of her office, Rone left a council seat that Councilman Charles Bell assumed after winning a contentious special 2008 election.

Then-Gov. Jon Corzine wrestled with a request lifting a judge-imposed ban on Rone preventing her from ever again running for public office.

Corzine ultimately ruled in favor of Rone, granting clemency, in part owing to precedent set in the case of then-Jersey City Mayor Jerry Healy, who got maced and busted in a Bradley Beach fracas with cops. 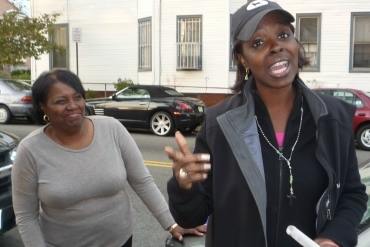