Among those who came out to back Baraka 47 days before he goes head to head against his main rival, former state Assistant Attorney General Shavar Jeffries, in the May municipal election were famed filmmaker Spike Lee and singer Lauryn Hill.

Political luminaries were also close at hand. Jersey City Mayor Steve Fulop and former Governor and current State Senator Richard Codey (D-27), whose endorsements last month were two of the most important racked up recently by Baraka, were reportedly present at a V.I.P event before the main dinner event. Tickets to the V.I.P. event cost $1,000; tickets to the dinner went for $300.

“You’ve all got to show up en masse and vote, and vote,” said Lee.  “Only vote one time – I know it’s New Jersey, but only one time.

“Education has to be the key,” added Lee, referring to Baraka’s career in education, from which he is currently on leave from his job as principal of Central High School. “If we don’t educate our youth, then we could just write it off. More than half of young black men don’t graduate high school. That’s criminal.”

After Reed warmed up the crowd by repeatedly exhorting “it’s winning time,” Baraka noted his endorsements from Fulop, Codey and others in recent weeks.

“I’m happy that Mayor Fulop has endorsed us in Newark, New Jersey, because he didn’t endorse me – he endorsed us,” said Baraka, reiterating a constant theme of his campaign. “And I would rather have Governor Codey endorse me than [East Ward power broker] Joe Parlavecchio any day. Be careful what you say, because you never know what I might say back.

The appearance of the often-reclusive Hill surprised many in the crowd. But Hill, who serenaded Baraka, who turns 45 on April 9, with a rendition of ‘Happy Birthday’ reminded those assembled of a important piece of Newark hip-hop and pop culture trivia. Baraka, the son of the famed, late poet Amiri Baraka, performed as the narrator of several interludes on Hill’s seminal 1998 album “The Miseducation of Lauryn Hill.” 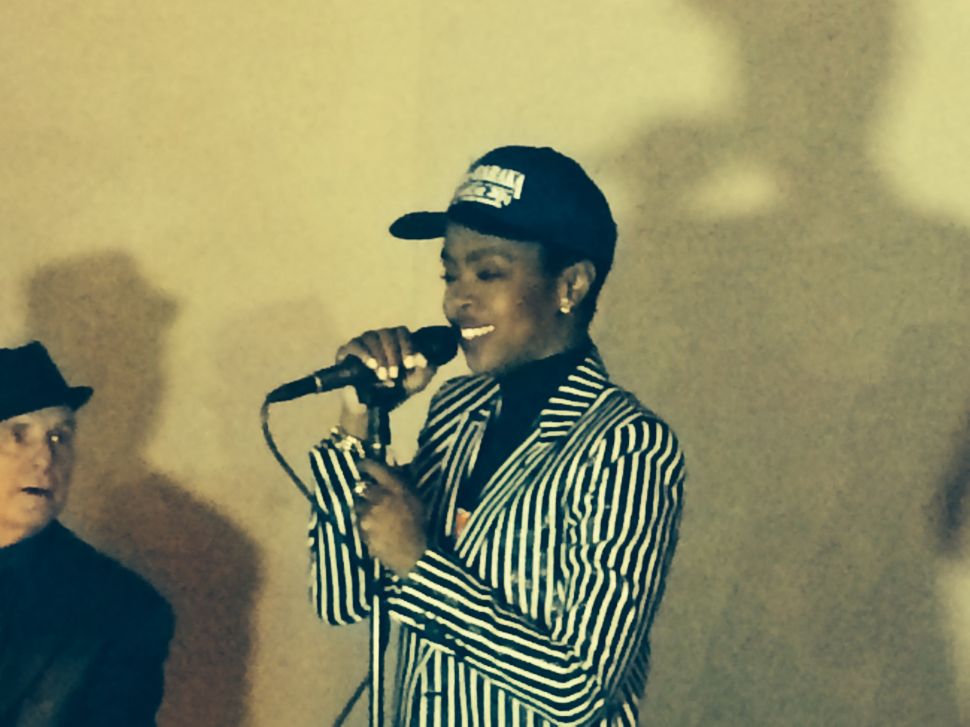