Let’s suppose, just for a moment, that you’d been planning to attend one of the final four Allman Brothers Band concerts at the Beacon Theatre this week. Heck, if it’s just for a moment, let’s suppose you’re one of those jammaniacs constitutionally incapable of hearing “In Memory of Elizabeth Reed” enough times to satisfy your widdly-widdly soul, and so you were going to attend them all. That would include this Saturday’s show, which was to have been the band’s 236th performance at the Beacon, the closing date of a 14-night stand, and—if you believe what most sources are saying—the Allmans’ last New York appearance, ever.

Having supposed all these things, it would logically follow that you might be super-bummed about Gregg Allman’s bronchitis, which prompted the postponement of those final four concerts. The band has promised that the shows will be rescheduled, but nobody can say when as yet. How to cope in the meantime? Well, you could spend the weekend listening over and over to the Brothers’ recent archival release Play All Night: Live at the Beacon Theatre 1992 while musing about what might have been. Or you could do something slightly more proactive and go check out some excellent players of a younger generation who look set to carry on in the exploratory spirit of the Allmans for decades to come. They call themselves the Nick Moss Band, they’re from Chicago, and they’re playing the Mercury Lounge on Saturday night.

Their eponymous leader is a large man who resembles a young Dr. John, sings with a personable twang, and issues commanding solos from his Gibson SG that are every bit the equal of anything the Allmans’ great Warren Haynes can summon. Mr. Moss’s guitar-playing and vocalizing counterpart, Michael Ledbetter, may not be quite on Derek Trucks’ level as an axe-handler, but his credentials are still impressive: a trained opera singer (!) who’s the first cousin twice removed of Huddie Ledbetter, a.k.a. folk legend Lead Belly (!!). The band’s latest genre-crossing album is Time Ain’t Free, and you can hear a tasty—and exclusive—live run through its title track at the top of this page. Prediction: Their Saturday set list will not include “Whipping Post.” Second prediction: You won’t be drowning yourself in sorrow about that. 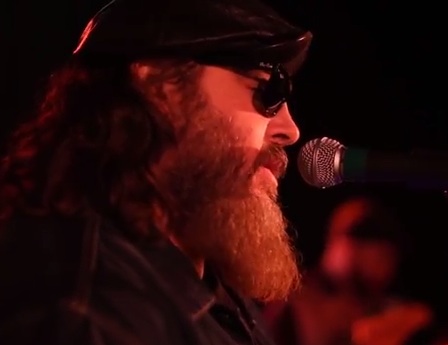