LINDEN – The state’s top lawmaker returned to North Jersey Thursday as part of his continued Sandy Bill of Rights tour.

“From going through this process and learning, [we learned] we can do better,” said Sweeney, who delivered sharp remarks against Gov. Chris Christie on the first stop of his tour in Perth Amboy last month.

“The governor did an outstanding job in getting the funding for this state,” he said, arguing Christie gets an “A+” for his efforts in lobbying for federal aid but garners a “D-” on its distribution.

But that’s as far as Sweeney went to criticize Christie.

The Senate president – who was joined by the area’s state legislators, Sen. Nicholas Scutari, Assemblyman Jerry Green and Assemblywoman Linda Stender – heard residents’ stories about their recovery and the woes still facing them as they work to restore and rebuild their properties.

“We’ve got to start getting these stories out and pushing the issue more because we expected the government [to do the job],” he said.

The tour is running in tandem with the governor’s renewed town hall events – two of the last three of which were hosted areas ravaged by Sandy.

“The best that we can do is advocate for you, and we will,” Christie said at a Port Monmouth town hall in February, while discussing FEMA’s National Flood Insurance Program and the agency’s refusal to participate in a state mediation program.

“The fact is, though, that they don’t have, in my opinion, the first idea of what they’re doing,” Christie said. “We don’t regulate the federal government so we’re at a loss – we [just] yell and scream … to try to encourage these people to do more.”

“These are real issues and impediments which can’t be glossed over with partisan rhetoric,” Christie spokesman Michael Drewniak said in an email following Sweeney’s first stop in Perth Amboy.

The contrast is clear, Sweeney – who’s largely thought to be mounting a statewide gubernatorial run – blames the state government lead by Christie, and the current Republican governor blasts the federal government for dropping the ball. 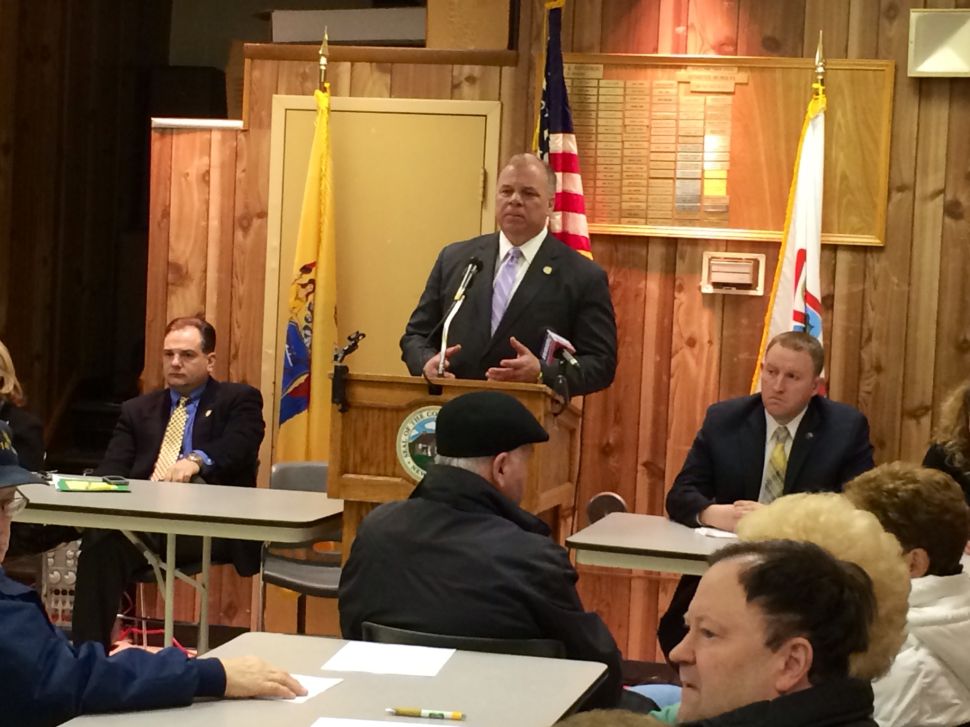