Remember Nick Goepper, the U.S. Olympic skier who asked girls to compete on social media to win a date with him? He’s finally chosen a winner.

And here we go! The awesome girl I can't wait to hang out with is…..

Nice work @Annabelle__R!!! Your video was amazing and I can't wait to hang out!! http://t.co/bHvipcQGn9 pic.twitter.com/xrK6N3z0Ej

The lucky lady is Annie Rogers, a student at Ohio’s Kent State University, FOX Sports Ohio reports. She won the skier’s heart by submitting a video of her singing Jason Mraz’s “I’m Your’s,” but with lyrics altered to be about skiing and stuff:

Details are still scarce about what Mr. Goepper has planned for the date, though Ms. Rogers has apparently heard rumors it’ll be in New York City. We hope it’ll be a Bachelor-style date where they like, rappel down the Empire State Building and then release a box of pigeons in Central Park because it’s symbolic of their “soaring love” or something.

We hope Mr. Goepper and Ms. Rogers fall madly in love, but we have to admit our hearts still go out to the girl who BROKE HER ARM DOING SNOWBOARD TRICKS FOR HIM. Can’t she at least get a consolation prize? 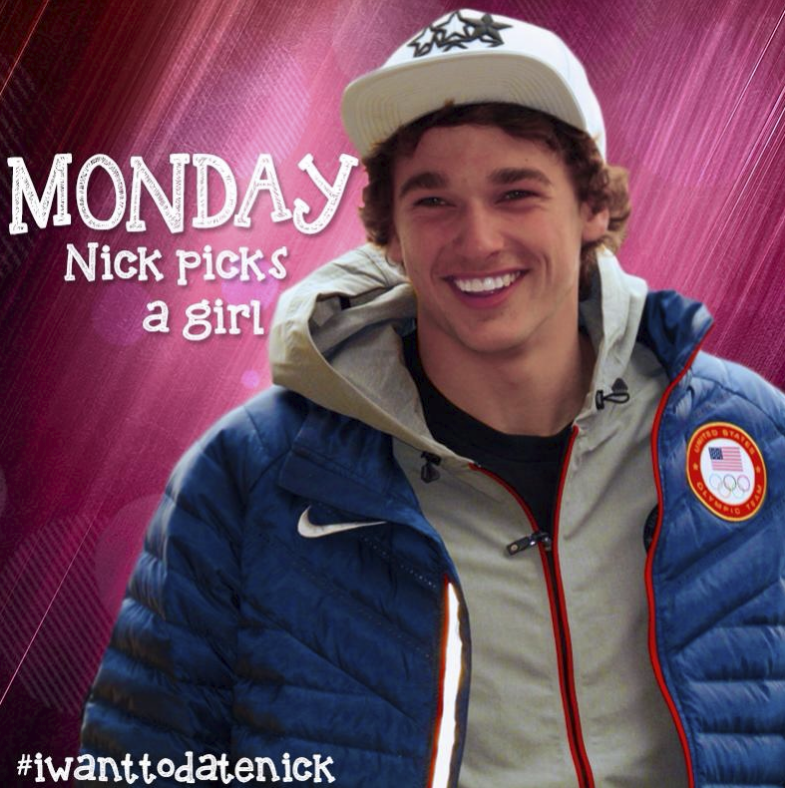