Michael Lewis isn’t a guy you normally associate with big laughs. His books, Liar’s Poker, The Big Short and Moneyball, are sort of the Ezra Kleins of non-fiction storytelling: Full of stats, with just enough character to trick you into thinking you aren’t learning something. The Big Short was an especially comprehensive book about how the housing market bubble was created, and what caused it to burst: it is to this day the only thing I’ve ever read about credit default swaps that I’ve actually finished all the way through. At the end of the day though…yup, it’s still a story about an incredibly dense subject matter.

So when Paramount was deciding what kind of director to pair with Lewis’s complex tale, who better than Will Ferrell’s BFF and creator of the Anchorman franchise, Adam McKay?

“There are those rare literary treasures — as with The Big Short — that park in the harbor and you just wait, with hope,” Plan B said in announcing the hire. “Adam McKay is a singular voice and talent and a ferocious mind — the vector of Adam and this book is what a producer dreams of.”

We guess, if that producer is on Ambien. Now we just have to start the casting speculation. So, Ferrell will definitely be playing blustery hedge fund manager Steve Eisman (in this adaptation, Eisman always wears pants two sizes too small and a crop top), Kathryn Hahn as Meredith Whitney (but maybe with a flatulence problem?) and Ken Jeong as Eugene Xu (who will have a crazy accent that isn’t racist though). 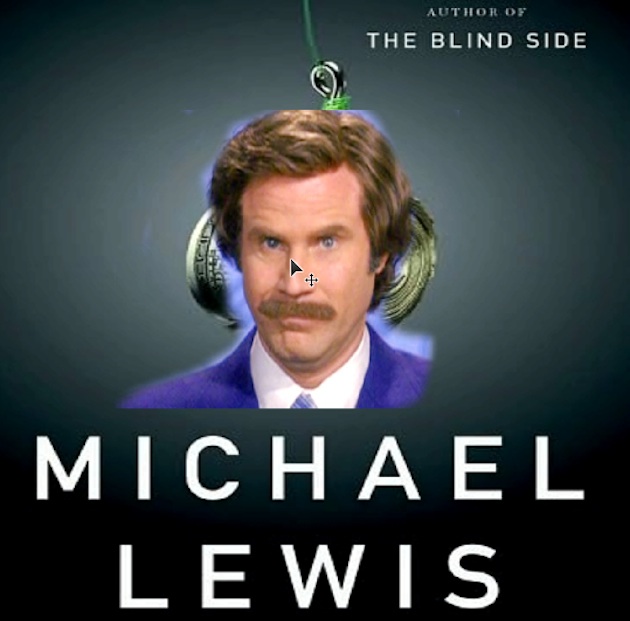