It’s no True Detective. It’s not even that canceled Chloe Sevigny show that (RIP) never got a shot. It’s not Nordic Noir, like The Killing. It’s not Kiwi Noir, like Top of the Lake. But Fox’s The Following–the one that stars Kevin Bacon hunting down a serial killer with a cult which was obsessed with Edgar Alan Poe until, meh, they just kind of got bored with that idea–is just the kind of campy, subversive fun that the detective genre has been missing.

First of all: Kevin Williamson. Remember him? He wrote Scream. He also writes The Following, where Mr. Bacon is Ryan Hardy, a former FBI agent who has a pacemaker, sometimes. (Like when it’s convenient for the plot; one episode had someone try to kill him with magnets.) He’s hunting down Joe Carroll, a foppishly British serial killing professor/terrible novelist (seriously, the show’s running joke is how everyone can write a better book than this guy, and last season Hardy goaded him into a showdown by taunting him with his own cliches, ZOMG) who, despite being a shitty writer, is excellent at getting people to kill according to his whim.

The first season of The Following was interesting because it focused as much on the interpersonal relationships within Joe Carroll’s cult as it did with Ryan’s alcoholic downward spiral and quest to stop them. Cult members were appropriately Dawson’s Creek-y (another Williamson show!), full of angst and snark, but also weirdly conventional. They loved each other, but they also loved Joe! Mainly this one girl Emma really loved Joe, and, once he escaped from prison, spent the entire series trying to woo him away from his wife. (Who was sleeping with Hardy, because you know how complex time and human relationships and flat circles are.)

Now, if the entire show had been just hipster cults and Kevin Bacon’s vodka breath, it might have just been a distracting, somewhat entertaining way to pass the time. You know, like that mess of a second season of American Horror Story. Yet now that it’s back on the air, The Following has reinvented itself as wholly committed to being as outré as possible. We’ve already been introduced to two new cults that are trying to absorb Joe and his ragtag group of followers: one that includes a pair of psychotic identical twins (played by that Christian Slater-looking dude that Dana Brody ran off with in the last season of Homeland) with mommy issues; the other a Children of the Sun kind of deal out in the middle of the woods, led by an egomaniacal Southern guy whose accent places his origins somewhere between Houston and Glasgow.

As Starlee Kine has pointed out in Vulture, some scenes in The Following are highly disturbing, not because of the level of gore (which could be found on Hannibal or a host of other shows), but in the amount of glee the show takes in ratcheting up the body count. Main characters are dispatched on a whim, seemingly well-adjusted individuals put on scary masks to knife friends, families and strangers without hesitation, and since we’re dealing with both the FBI and devoted psychopaths, a Waco-style shootout seems inevitable at this point.

But what I appreciate about the show is that it’s basically the opposite of True Detective. It’s full of strong women: two of whom are serial killers, sure, but they are strong, independent women all the same. The cast is diverse, because apparently murder cults accept people from all walks of life. More importantly, the show puts the emphasis on the right characters: As obsessed as Ryan Hardy is, he’s only half the show’s focus. The Following knows that it’s Joe Carroll, the charismatic, weirdly sympathetic, kind of blow-hardy cult leader who keeps viewers tuning in. And yet The Following doesn’t take him too seriously as a character, either: Every time he drinks too much of his own Kool-Aid, the cosmos knocks him back down again. The monologue-y rants on the show always stay on the right side of parody, but since it’s established the Carroll is a professor with a god-complex, somehow even on his worst days he’s more bearable than the Rust Cohle’s of the world. 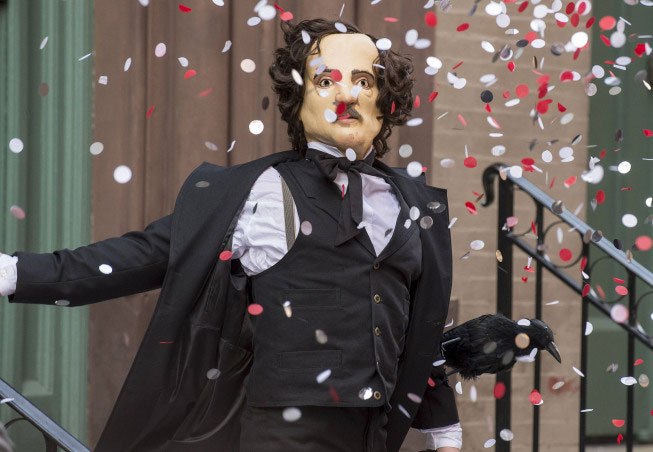