One extremely cold afternoon in February, Mark Rosati, Shake Shack’s culinary director, was sitting in the restaurant’s Battery Park branch talking about how well its frozen custard had been selling on even some of the most glacial days of this very frigid winter past. He had discussed the matter with colleagues.

“The theory is: Sometimes the custard is actually warmer than it is outside, so it warms you up,” he said. “Ours we serve at about 18 degrees. Last night, you could warm up eating custard. That’s actually the theory in Moscow too.”

Yes, Shake Shack, which was just a single, seasonal outpost in Madison Square Park when Mr. Rosati joined eight years ago, the quirkiest restaurant in Danny Meyer’s ever-expanding Union Square Hospitality Group, now has a branch in Moscow. There are also Shacks in Turkey, the United Kingdom and throughout the Middle East, plus locations in Florida, New Jersey and Pennsylvania. New York City has nine. The Madison Square Park location now sells about 150 pounds of custard on a good day, of which there should be many very soon, now that the weather is finally starting to turn.

Mr. Rosati now creates the food for a veritable empire. He is a burger baron, a hot dog duke and a custard king—probably the largest producer of frozen custard in the five boroughs.

Like Cincinnatus or Spider-Man, he did not seek this power. He had been working as a cook at Mr. Meyer’s Gramercy Tavern for three years when he decided he wanted to learn management. The only opening in the group at the time was Shake Shack—not exactly his first choice. But he went.

Mr. Rosati had at least been a fan for some time, waiting in line to eat there before heading to Gramercy. He still remembers the first time he had the custard. “I think it was Fluffernutter custard,” he said. (It’s based on the peanut-butter-and-marshmallow crème sandwich.) “I said, ‘Can I have that made into a milkshake? And they were like, ‘Yes!’ And then I fell in love.”

If you have been to any Meyer restaurant, you know that his employees are schooled in Midwestern nice, but Mr. Rosati makes those people look like brutes. He oozes the warm dedication of a Mormon missionary. He also pretty much resembles one. I want his job.

“Last year, I spent more time abroad than I did back at home,” he told me happily. He traveled to all the new international Shacks to develop special recipes. Dubai got a honey almond cake custard that he assured me will arrive stateside later this year. An Istanbul location got a special concrete (custard and treats whipped together) with baklava, banana and cinnamon caramel sauce, which sounds like pretty much the most delicious thing ever conceived. In London, chef Fergus Henderson’s St. John Bakery makes for the Shack a “walnut brownie and a brown-sugar biscuit, and they’re killer.”

There are now Shake Shacks near every major media publication in New York, which can’t hurt their public profile, even if it contributes to the weight fluctuations of Manhattan journalists. The New Republic has Madison Square Park; Newsweek and the Daily News have Battery Park; even TheBrooklyn Paper has Fulton Mall. TheNew York Times, the Post and Condé Nast all have the benefit of the Shack’s Times Square outpost. The custards never disappoint. But are there any Mr. Rosati felt didn’t work?

“I always remember this one: raspberry jalapeño,” he said. “That was a while back. I was trying to figure out what my voice was. … I think one time I had a raspberry jalapeño cocktail. I thought: Wouldn’t that be delicious? The problem was, while it did taste good, it was hard to dial in the heat at a pleasurable level but for it to still have a little bite to it.” That one hasn’t returned. “With my flavors, I never want to shock anyone,” he said. “I want to give them a nice warm embrace.”

A forthcoming Shake Shack in Atlanta would seem to offer plenty of opportunities for just that, with all of the pleasures that Southern cooking affords. His friends have been telling him “homespun memories, of sitting on their grandfather’s porch, and he would open a bottle of Coca-Cola and open a bag of salty peanuts and pour it in there and then eat the peanuts.”

“I had never heard of it either!” Mr. Rosati said. “But I started asking people, and they were like, ‘Yeah, yeah, we do that. And I was like, ‘That’s awesome! Can that work in a custard? Can we do like a salty peanut Coca-Cola custard? I’ve played around with that one extensively. That’s not the easiest one to develop, because there are so many different parts.”

Mr. Rosati estimates he has crafted about 300 custard flavors. He sends about 70 to the Shacks in any given year and tries to introduce 10 new ones annually.

“At the end of the day, our basic custard is just a blank canvas,” he said. 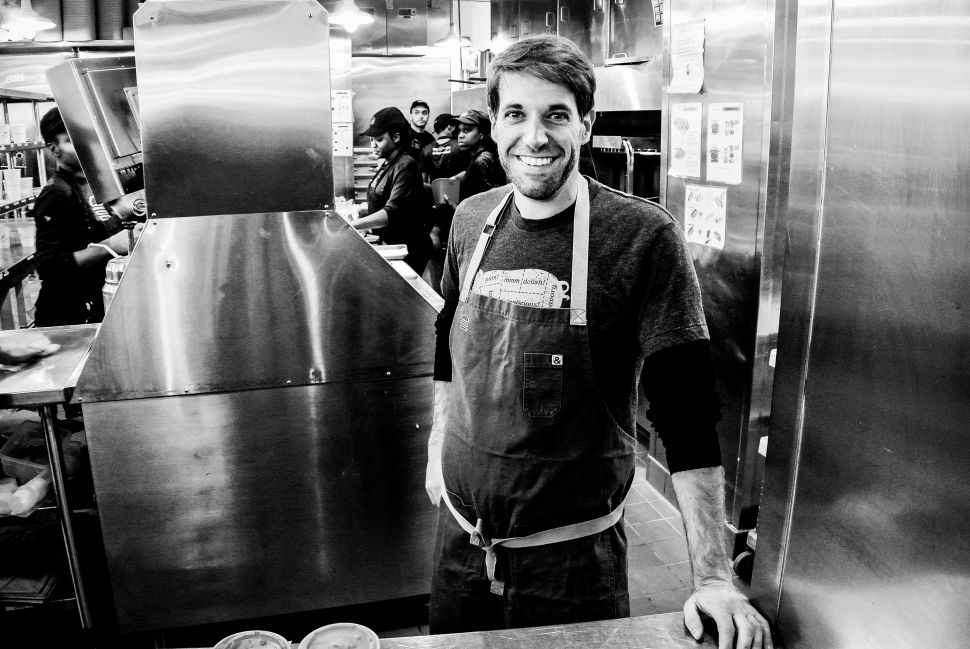