Perhaps the comparison to Jake Barnes is a little ironic, since massive skyscrapers–the quintessential phallic symbols–seem to be multiplying in midtown at an unbelievable rate. But just down the street from the future site of the massive dick that is One57, another Manhattan bookstore has been forced to called it quits.

The Landmarks Preservation Commission decided Wednesday not to give protection to the building housing Rizzoli Bookstore on West 57th Street, which means the Lefrak family and the Vornado Realty Trust, who co-own on the building, can go ahead with plans to demolish it.

The decision came despite widespread opposition from the surrounding community. A Change.org petition asking the LPC to landmark the building, which also houses the Rizzoli publishing company, had more than 15,000 signatures. Manhattan borough president Gale Brewer even wrote a letter to the LPC encouraging the landmark designation.

“West 57th Street is renowned for its architectural richness and diversity, and the Rizzoli Bookstore adds to this flavor,” Ms. Brewer wrote.

But Rizzoli’s, which has been at its current location for 29 years and declined to comment on this development, is certainly not the first bookstore to face destruction in the wake of Manhattan’s simultaneous real estate and price booms. As The New York Times reported Tuesday,  the number of bookstores in Manhattan fell from 150 in 2000 to 106 stores in 2012, a drop of almost 30 percent. And that number includes pseudo-bookstores like Hudson News locations in Penn Station and museum shops. Many of the closures are small businesses, but even Barnes and Noble has closed five of its 11 Manhattan locations since 2007.

Not surprisingly, the bookstore industry is finding a new home in the outer boroughs, where rents are (for now) cheaper. But for Manhattan, which is home to several major publishing houses and has long prided itself on being the literary center of the universe, the slow decline of the bookstore means the borough is losing a key part of its identity. As Jake wandered through Europe in search of his missing manhood in The Sun Also Rises, so too will bookish Manhattanites aimlessly wander through the streets of their city, searching for a scene that no longer exists.

What will take the place of 29, 31 and 33 West 57th Street, the 109-year-old buildings set to be demolished? Both Lefrak and Vornado declined to comment on this story, but there has been speculation since their initial announcement in January that the pair hopes to build a luxury condo building in the space. 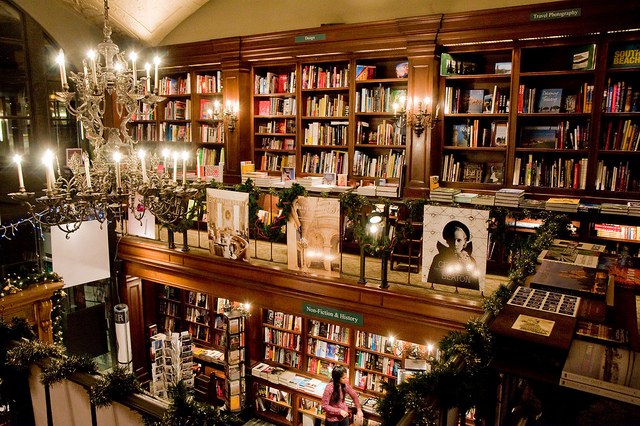