We at the Observer would advise skipping this story if you plan on sleeping without horrific nightmares ever again.

If social media is to be believed, there is a man dressed as a clown wandering around Staten Island at night. Witnesses describe him as bald, wearing a trademark blue and yellow clown suit, holding balloons and OH MY GOD LOOK AT THIS PICTURE.

The clown, which has reportedly been spotted hanging around the Grasmere and Richmond Valley train stations according to the SI Advance, has been snapped three times and uploaded to Twitter and Instagram, providing both internet buzz and nightmare fuel.

“He was just kinda standing there waving like he is in the picture,” Westerleigh resident Vincent Innocente told the paper of his experience meeting the poor-man’s Pennywise on Sunday.

Burn down the Verrazano, burn it now please.

UPDATE: It turns out these ominous clown sightings might just be a publicity stunt. The four men who posted photographic evidence of the wandering circus freak all appear to be linked to the same production company, The New York Post discovered last night. Whether the clown is after our wallets or our flesh, though, it’s still absolutely terrifying. 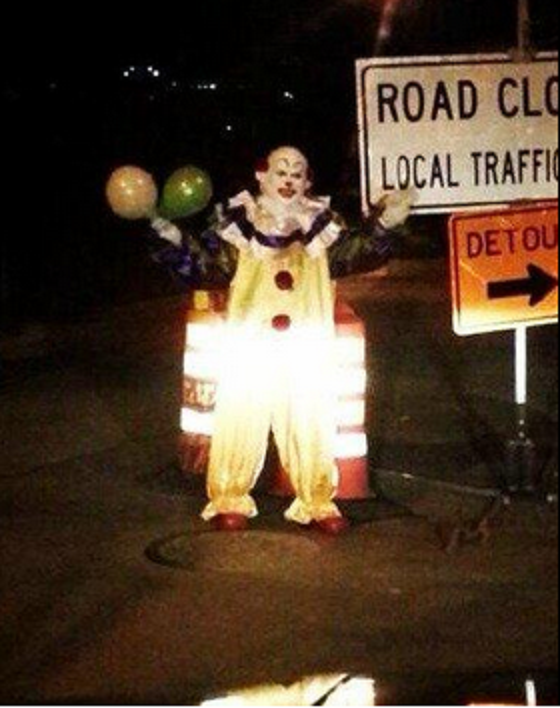