Mothers and Sons
Golden Theatre
Opens March 24
Terrence McNally’s latest stars the indefatigable Tyne Daly as a mother who pays an unexpected visit to her dead son’s former partner 20 years after her son’s death. That former partner is now married to a younger husband and is the father of a small son. Frederick Weller plays the partner, Bobby Steggert is the husband and Sheryl Kaller directs. It’s billed as a look at “the truths of their shared past, and a future she never imagined,” which is to say an examination of a rapidly changing society as seen through the prism of one family.

If/Then
Richard Rodgers Theatre
Opens March 30
The composer Tom Kitt and the playwright and lyricist Brian Yorkey won the Tony Award for best score and the Pulitzer Prize for drama for their 2009 Broadway debut, Next to Normal. Now they’re back with If/Then, a Sliding Doors musical about the two paths a 39-year-old divorcée’s life could take. It’s a bit of a family reunion: Like Next to Normal, If/Then is directed by Michael Greif, and it stars Idina Menzel (whom Mr. Greif directed in Rent), LaChanze and Anthony Rapp (another Rent alum).

The Realistic Joneses
Lyceum Theatre
Opens April 6
Bob and Jennifer Jones live in a small rural community, and John and Pony Jones, a younger couple, move in down the block; soon enough, their lives overlap and intertwine. The playwright Will Eno, whose Open House just opened at the Signature in advance of his Broadway debut with The Realistic Joneses, writes weird, funny, moving portraits of American life, and this one won raves when it debuted last year in New Haven. Directed by Sam Gold, it stars a multi-award-winning cast: Tracy Letts, Toni Collette, Michael C. Hall and Marisa Tomei.

Bullets Over Broadway
St. James Theatre
Opens April 10
Woody Allen’s 1994 Bullets Over Broadway—the second in his mid-’90s series of funny-again movies, after Manhattan Murder Mystery and before Mighty Aphrodite and Everyone Says I Love You—is a madcap crime caper about a young playwright in 1920’s New York who agrees to cast a gangster’s talentless girlfriend in his new play in order to get the gangster to fund the show. Now Mr. Allen has adapted it into a Broadway musical, with period songs from the American songbook. It’s directed and choreographed by Susan Stroman, with Scrubs star Zach Braff in the leading role played on film by John Cusack. Brooks Ashmanskas, Marin Mazzie, Karen Ziemba and Vincent “Big Pussy” Pastore also star.

Violet
Roundabout Theatre Company’s American Airlines Theatre
Opens April 20
A cult musical beloved by theater geeks, with a score by Jeanine Tesori and a book and lyrics by Brian Crawley, Violet debuted at Playwrights Horizons in 1997, when the New York Drama Critics Circle named it the year’s best musical. Last summer it was revived for a one-night concert in the new Encores! Off-Center series at City Center, with Sutton Foster starring as Violet, a young woman with a disfigured face who’s seeking help from a televangelist in the 1960’s South. That version of the play, with Ms. Foster again starring, is coming to the Roundabout, directed by Leigh Silverman.

Hedwig and the Angry Inch
Belasco Theatre
Opens April 22
Premiering in 1998, Hedwig established the career of John Cameron Mitchell, who wrote the music and starred in first the play and later the movie, about a fictional transgender rock singer in East Berlin. The glam-rock music is by Stephen Trask. Now it’s coming to Broadway, starring Neil Patrick Harris in his first major stage role since Assassins in 2004. The director is Michael Mayer, who’s done the rock musicals Spring Awakening and American Idiot.

Annapurna
New Group at Theatre Row
Opens April 21
Sharr White wrote the excellent medical drama The Other Place, which opened Off Broadway in an MCC Theatre production three years ago and then transferred last winter to a Broadway production from the Manhattan Theater Club. He also wrote The Snow Geese, a dull disappointment that starred Mary-Louise Parker and landed with a thud at MTC’s Samuel J. Freidman Theatre this winter. His newest is Annapurna, about a dying man and his estranged wife, who tracks him down. It’s directed by Bart DeLorenzo, and, excitingly, it stars Megan Mullally, last on Broadway in Young Frankenstein, and her husband, Nick Offerman, Parks and Rec’s Ron Swanson.

The City of Conversation
Lincoln Center Theater’s Mitzi E. Newhouse Theater
Opens May 5
Jan Maxwell is a fantastic actress, and the last time she played a political wife it was in her devastating turn as the unhappily married Phyllis in the Kennedy Center revival of the Sondheim classic Follies that came to New York three seasons ago. In Anthony Giardina’s The City of Conversation, Ms. Maxwell is set to play an elegant and influential Washington hostess in the early days of the Reagan revolution. Doug Hughes is the director.

Too Much Sun
Vineyard Theatre
Opens mid-May
The last time Linda Lavin debuted in a Nicky Silver play at the Vineyard, it was in The Lyons, Mr. Silver’s vicious comedy about a charming, cruel Jewish mother and the havoc she wreaks on her miserable family. In Mr. Silver’s new play, Too Much Sun, Ms. Lavin plays a different kind of mother—a legendary actress who falls apart while preparing to play Medea and ends up going to stay with her daughter. As he did with The Lyons, which transferred to Broadway, Mark Brokaw directs. 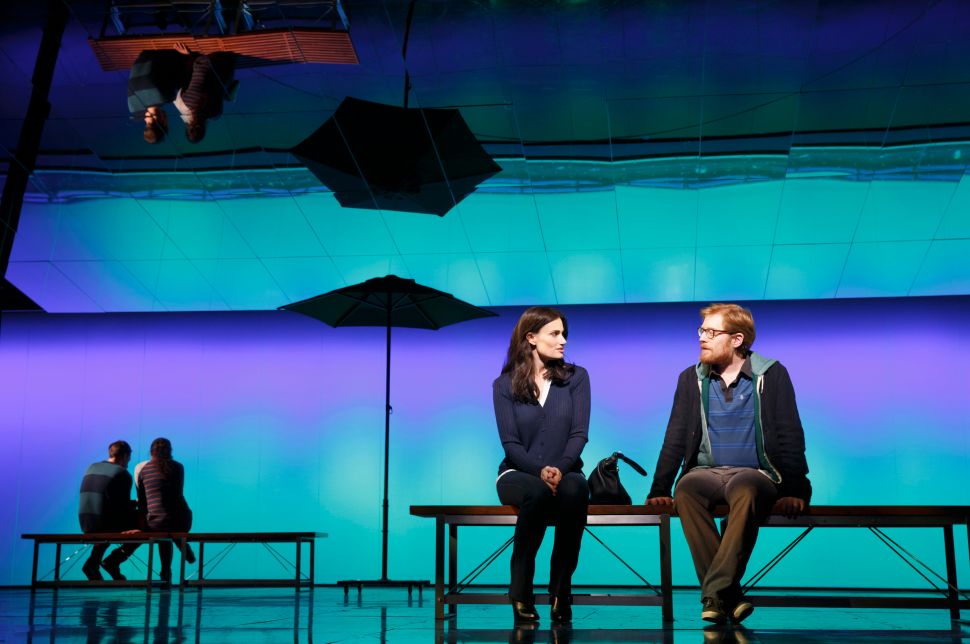