Former Paterson Mayor Jose “Joey” Torres fundraised on Wednesday at Cortina’s Ristorante in the 2nd Ward with former Paterson Mayor Pat Kramer, and last night anchored an event at a Dominican club as part of a demonstration of support beyond his Puerto Rican base.

“I’m reaching out to the greater part of the community,” said Torres, who tried to turn the Democratic Party’s support for his rival, Council President Andre Sayegh, into an asset.

“This is a non-partisan race, and my team is the of team of inclusion,” he said, in a nod to the support from Kramer. “There are many issues affecting our city. We are this great mosaic and we are truly reflective of it.

“My congratulations to Andre last night, however, my team and I are going to stay focused because ultimately this race will be decided by the people as part of a grassroots movement, and not party bosses.”

But the former mayor still has the challenge of two other Hispanic candidates in the contest: Councilman Rigo Rodriguez and activist Maria Teresa Feliciano. 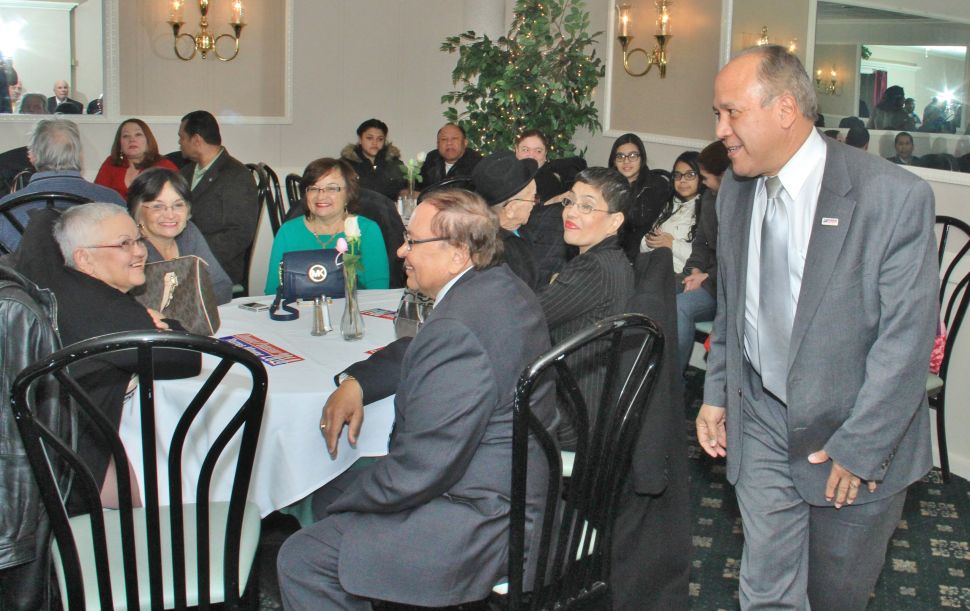