The committee gained prominence in June 2011 when it submitted its intention to recall Mack after “corruption and endless scandal defined Mack’s administration and tenure,” according to a statement issued by committee members David Ponton, Marion Ray and Craig Shofed. At the end of a five-month recall effort, Ponton, the committee’s chairman, noted that “8,500 Trentonians are sending a strong message throughout City Hall and beyond. We demand better, we deserve better, and will hold our elected officials accountable.”

While the recall effort fell short by a few thousand votes, the committee’s goal was ultimately realized. Mack was convicted and removed as Trenton’s mayor after he was found guilty of bribery and extortion charges in federal court earlier this month.

Golden is now running in a crowded field in Trenton’s May municipal election, including perceived frontrunner Eric Jackson, director of Public Works for the City of Plainfield, as well as Oliver “Bucky” Leggett, a former director of the Trenton Housing Authority and former North Ward councilman.

The recall committee’s endorsement of Golden is a reflection of its ongoing goal to seek governmental accountability in the post-Mack era in Trenton, according to committee members.

“We are excited to endorse Jim in Trenton’s mayoral race,” said Ponton. “Jim has demonstrated leadership that will embody the strong ethics, character, and accountability that City Hall has lacked for far too long.”

“We are confident in our endorsement of Mr. Golden,” said Ray. “Mr. Golden has a firm plan to tackle the issues of increasing crime and high unemployment. His plan will definitely move Trenton forward and out of the city’s long history of scandal.”

“Trenton deserves better than the failed leadership of the past years,” said Shofed. “Mr. Golden offers new ideas, energy, and vitality to our city.”

“I am honored to receive the endorsement of the Committee to Recall Mayor Tony Mack,” said Golden, Trenton’s former Police Director, in response to the recall committee’s endorsement. “This represents another step in the right direction for the Trenton Forward movement.” 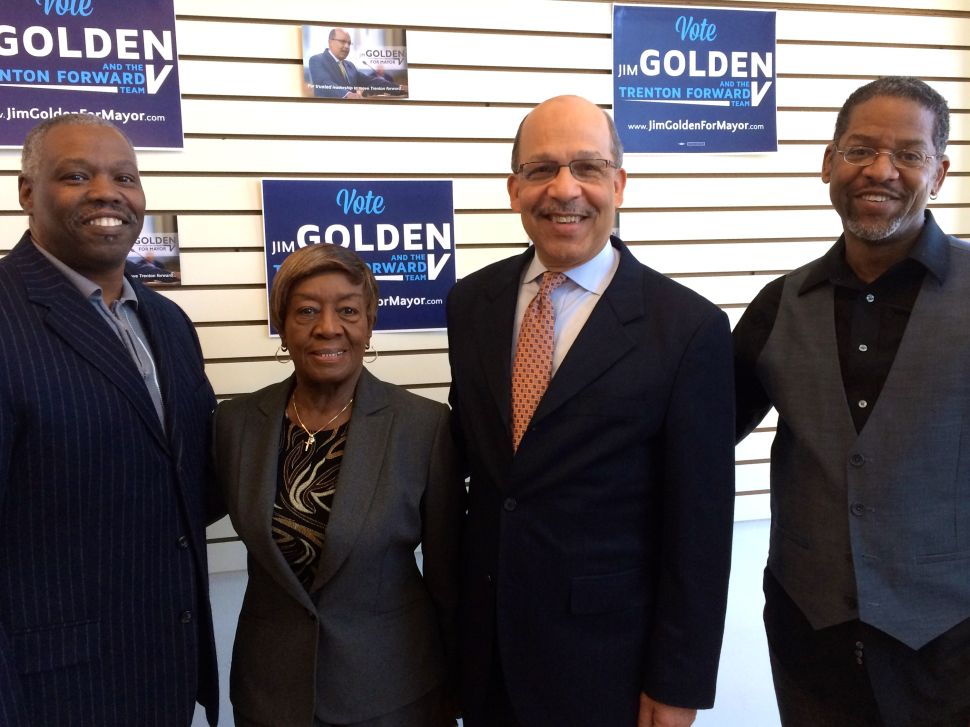