PRINCETON – The room in the downtown municipal building buzzed early tonight with the presence of two new candidates in the CD12 race, each with his own resume heavy on academic achievement in proud public view: Andrew Zwicker, a plasma physicist from Princeton University and Kingston resident; and Frank Gibson, a chemist from Hopewell.

In a presentation to the Princeton Community Democratic Organization (PCDO), each packaged himself as the natural torchbearer of the U.S. Rep. Rush Holt (D-12) mystique, to the jesting chagrin of at least one candidate already in the contest who’s tried to pitch himself as the egghead apparent with Holt’s announced retirement.

“He recruited me to come to Princeton before he was a congressman,” Zwicker said of Holt.

Now the plasma physicist wants Democrats to simply strip the name of Rush Holt off the bumper stickers and leave the tag “my congressman is a rocket scientist” to accompany Zwicker’s efforts.

“He’s a close friend,” said the scientist in search of a congressional seat. “I spent a half hour with him yesterday.”

Asked about the perceived leg up the three lawmakers have on him in the race, Zwicker said, “I do think the frontrunners are strong representatives in the statehouse. They’re doing a good job at the state level.”

Gibson got tough at least once with the rest of the field when he grabbed the microphone last to answer a question from PCDO Chairman Jim Durbin.

What would he want to focus on if he could choose one issue in Congress?

Everyone presented a wish list, from immigration reform (Chivukula) to relieving the world of poverty (Watson Coleman) to the environment (Greenstein).

“Escoteric,” Gibson proclaimed, who announced his commitment to jobs and the economy as his number one priority.

An engineer by trade, Chivukula to this point in the Democratic Primary to has presented himself as the logical next step to Holt.

Tonight, he threw a fun elbow at Zwicker. “We need to bring manufacturing back to New Jersey because not everyone’s going to work for – no offense – Princeton plasma labs,” the assemblyman grinned to some laughs.

Zwicker and Gibson hadn’t even uttered a word before insiders were already attempting to size up their impact – if any – on the race.

Both told PolitickerNJ they’re in to win – collecting signatures with every intention of appearing on the CD12 ballot.

“They sap votes from Upendra,” said one Democrat, speaking on condition of anonymity. “Upendra wants to be Bill Nye the Science Guy, and these guys are taking that away from him. One guy is a plasma physicist – just like Rush. How many of those guys are on the planet? Now another one wants the job in what is a sophisticated district.”

But others speculated that their suburban entry points hamper Greenstein, who wants to chip into Watson Coleman’s Mercer County vote by corraling votes in Hopewell and Princeton, the towns where Gibson and Zwicker reside or work. 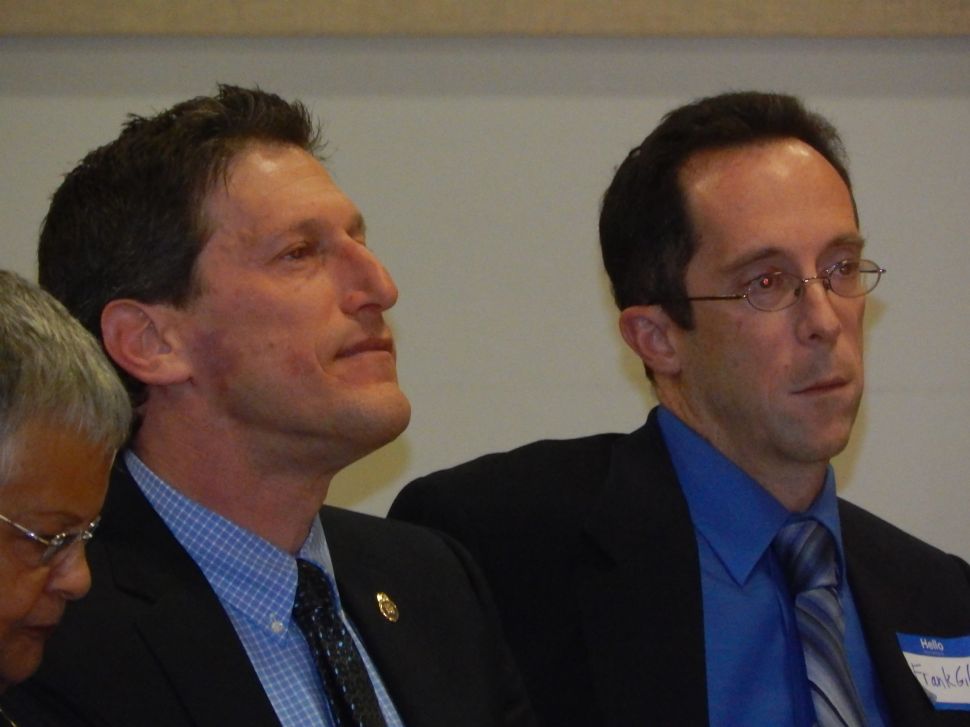