The Charging Bull of Wall Street was released from its barriers on Tuesday, according to the New York Post. Barricades have surrounded the bronze beast since September of 2011, during the height of the Occupy Wall Street protests.

“The bull is an iconic destination,” Jessica Lappin, Downtown Alliance president, told the Observer. “The barricades were making it physically challenging for people to visit.”

“It means a lot,” Arthur Piccolo, chairman of the Bowling Green Alliance and uncomfortably close monitor of the bull, told the Post. “The bull is free. The barricades have been up for 920 days. It’s the way it should be, open to the public.”

Police say they will monitor the bull’s safety on a day-to-day basis, and if a threat is to ever return it will once again be locked away.

Until that day, we are glad the status-quo has returned and tourists can once again climb all over the statue and remark just how large its testicles are. 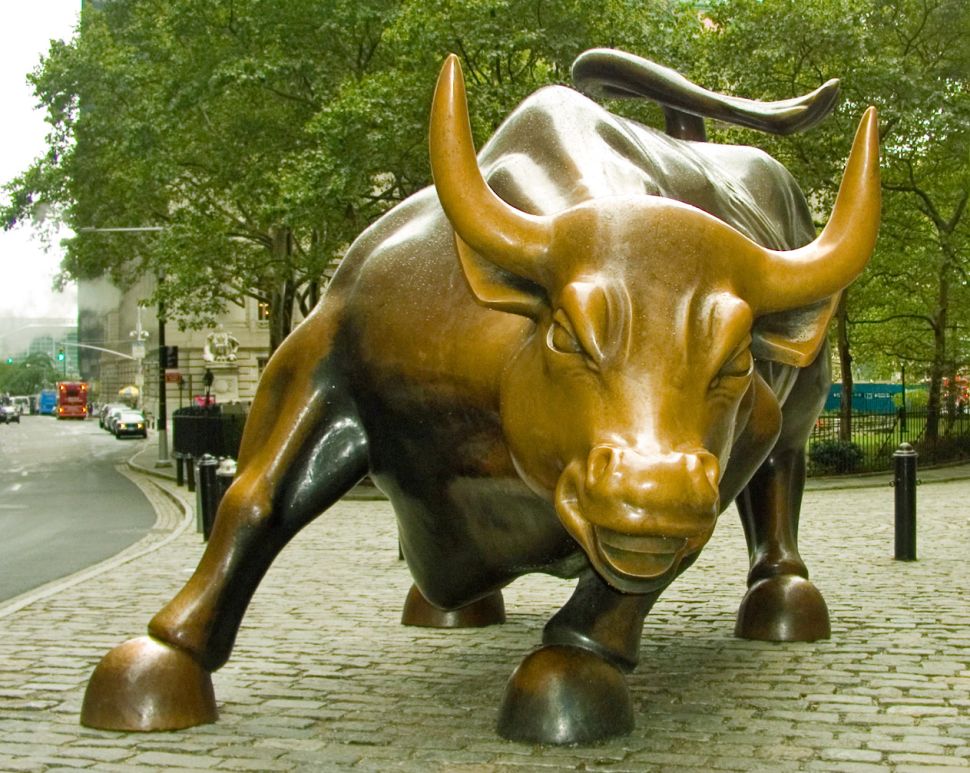