Tony Vauss settled into an oaken office chair and told PolitickerNJ he wants to sit in the mayor’s chair in Irvington.

President of the School Board, Vauss is on leave from his job as assistant to the director of neighborhood services for the Township of Irvington while he continues to work as a public safety super for the local Housing Authority.

“Wayne’s a nice guy,” he said of veteran incumbent Mayor Wayne Smith. “But there are a lot of people who might be nice but that doesn’t mean I want to let them drive. Wayne can’t drive.”

He smiled at the dig, implying self defense more than offense, in part because he said he read comments by Smith about the schools sinking into the abyss during Vauss’ watch.

At an NAACP debate forum earlier this month for candidates participating in the May 13th election, Vauss, 43, and recently married, said most of the eight other candidates attacked him.

“I’m perceived to be the frontrunner right now,” he said, a perception fostered by Smith only ekiong out 379 Irvington votes in his 2012 run for Congress.  “But I don’t take anything for granted. Everyone is a viable candidate.”

Vauss wants to entice businesses to his Essex County town, in part by making sure the main thoroughfare is clean. He favors tax abatements for incoming businesses – depending on the scope of the projects in question.

“People want their town clean and they want their town safe,” the candidate said, arguing that people paying $8,000 to $12,000 in two-family homes for diminished services and crime ridden streets is unacceptable.

He says Police chief Michael Chase – embroiled in litigation right now – shouldn’t get paid by Irvington if he’s not working.

Running with an all-female slate of running mates, the candidate defended his work for the school system.

He’s been on the board since 2006 and speaks with pride about strides – 0 audit findings in the schools, for example, he said, against 80-90 in Town Hall – and construction of the new $2.8 million track and field at the high school, and his observation of parents and students genuinely moved by the facility.

He doesn’t support vouchers or charter schools, he said.  He’s committed to the public school system.

Vauss has caught people’s attention within the larger political sphere in part because he has the support of local Democratic Party boss Freeholder L. Bilal Beasley, long a supporter of Smith’s who this time decided to back the challenger.

Smith says Beasley is too close to Essex County Executive Joe DiVincenzo and intends to stand tall against an incursion by a wounded Joe D. running away from Newark in search of new alliances.

“The fear of the county is the mayor’s propaganda piece,” Vauss said. “I don’t have a direct relationship with Joe D. I’ve met Joe D. on several occasions. They’re trying to sell my candidacy as a takeover.”

Vauss said it’s absurd. Smith liked the county until a falling out put distance between them and him.

Part of Vauss’ clash with the mayor includes Smith’s decision not to immediately hire a neighborhood services director – Vauss’ supervisor, and instead taking on the job himself.

Smith told PolitickerNJ that Sowell decided to run because he wanted that job and when Smith didn’t give it to him, he retaliated with his own mayoral candidacy.

Vauss said that if elected he would hire a fulltime neighborhood services director, wouldn’t work as assistant director, and would also surrender his night job.

“I want to change Irvington’s reputation and build the community back up to what it once was,” he said. 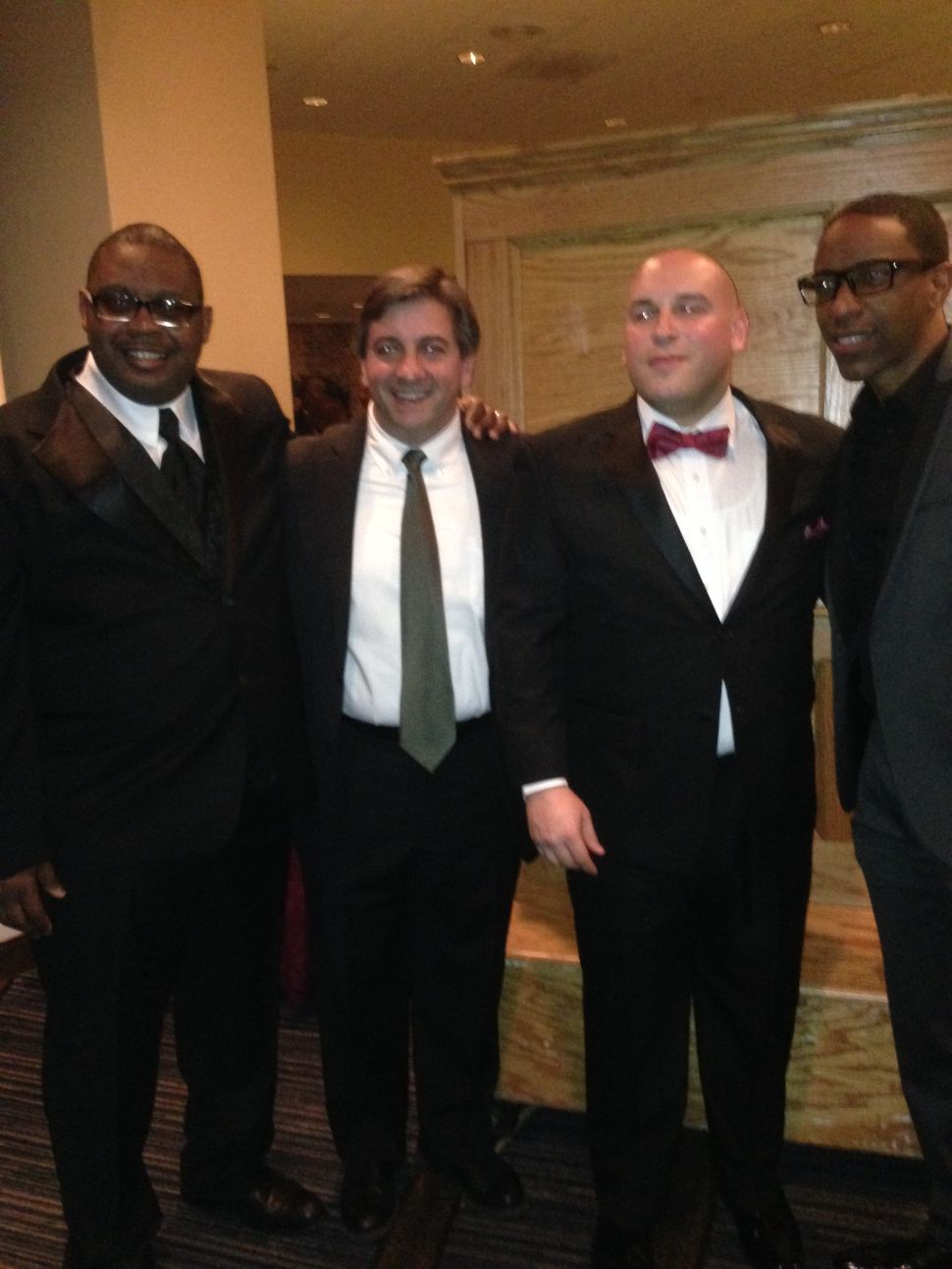