The results are in today for The Art Newspaper’s annual museum attendance survey, and The Observer checked in with the paper’s deputy editor, Javier Pes, to hear about the results worldwide, and particularly for New York and U.S. institutions.

Exhibitions of Chinese art in Asia topped the paper’s survey for 2013, with “Western Zhou Dynasty” at the National Palace Museum in Taipei bringing in 10,946 visitors a day.

Asia has been rising for a number of years, Mr. Pes said. “A decade ago it would have been Japan only, but now you are seeing major attendance in Chinese museums.” Other 2013 trends, Mr. Pes said, include the increasing globalization of the international exhibition circuit (Russia sent Fabergé eggs to Hong Kong and Shanghai, where they got a lot of eyes), and how European museums in particular are sending works far and wide to raise money from loan fees and, perhaps more importantly, to find new sources of patronage.

In the United States, the Detroit Institute of Arts did especially well in the survey of museums’ overall attendance, considering its dire financial situation. The museum came in 102nd worldwide, putting it just off the published list of 100, but earning it an honorable mention. Last time The Art Newspaper got figures from the museum was in 2011, when its attendance was 429,000, putting it in 131st place. In 2013 it jumped to 594,000. “A reasonable guess is that the increase came over the last year,” Mr. Pes said, when attention was directed to the museum’s fate. “I suppose there is no such thing as bad publicity.”  The until recently embattled Los Angeles MOCA, however, was a different story. It had 173,000 visitors in 2013, a drop from the previous year’s 248,000. In 2011, attendance was 402,000. Luckily, things aren’t quite to 2009 levels (149,000), and the museum has just brought on a new director in former Dia Art Foundation Director Philippe Vergne—this is certainly one to watch.

Mr. Pes cited two big surprises on the survey. One was an exhibition of China’s outsider artists at the the Centro Cultural Banco do Brasil in Rio de Janeiro, an institution that regularly tops the survey with its blockbuster shows. The exhibition averaged 6,409 visitors per day. Another was the the way the Edvard Munch blockbuster  at the National Gallery in Oslo stacked up against the Museum of Modern Art’s exhibition in New York of the pastel version of The Scream that sold at auction for $120 million. The Oslo show, a full survey of the artist’s work, got 2,918 visitors at day, but that one version of The Scream at MoMA saw 5,528 visitors a day. “It’s not just what you show,” Mr. Pes pointed out. “It’s where you show it.”

For the full results, go to The Art Newspaper. 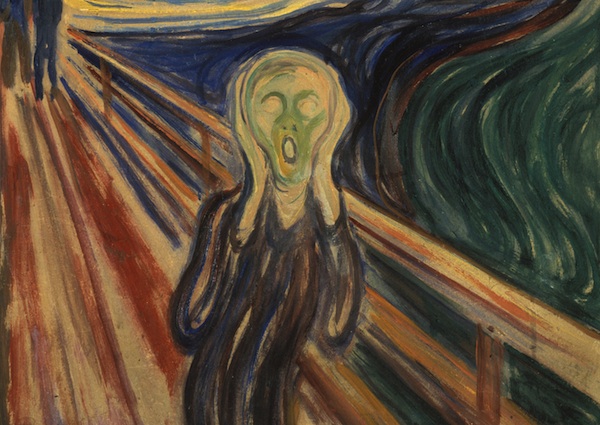