Sen. Loretta Weinberg (D-37) referred to the practice of a plainclothes officer snapping pictures of protesters at a Christie town hall as “a Nixonian tactic.” The lawmaker demanded the governor “repudiate” the tactic.

A police spokesman, Capt. Stephen Jones, said Tuesday afternoon he could not immediately confirm the individual at the Christie town hall was a member of the State Police.

“I’m unable to confirm whether [the person taking pictures] was anybody related to the state police,” Jones said.

“Having undercover State police officers taking photos of people who are exercising their right of free expression at the governor’s town hall meeting is a Nixonian tactic that has no place in New Jersey or anywhere else in this country. I can’t imagine what rationalization the governor would have for allowing this to happen but it comes across as an act of political intimidation,” Weinberg said in a statement.

“The only threat these protesters present is a legitimate criticism of the policies and the practices of the Christie Administration. The right of free expression is one of the most cherished liberties we have in America. It shouldn’t be compromised or undermined in any way – especially by those responsible for upholding the law,” she said. “The governor should repudiate this tactic and make sure it isn’t repeated.” 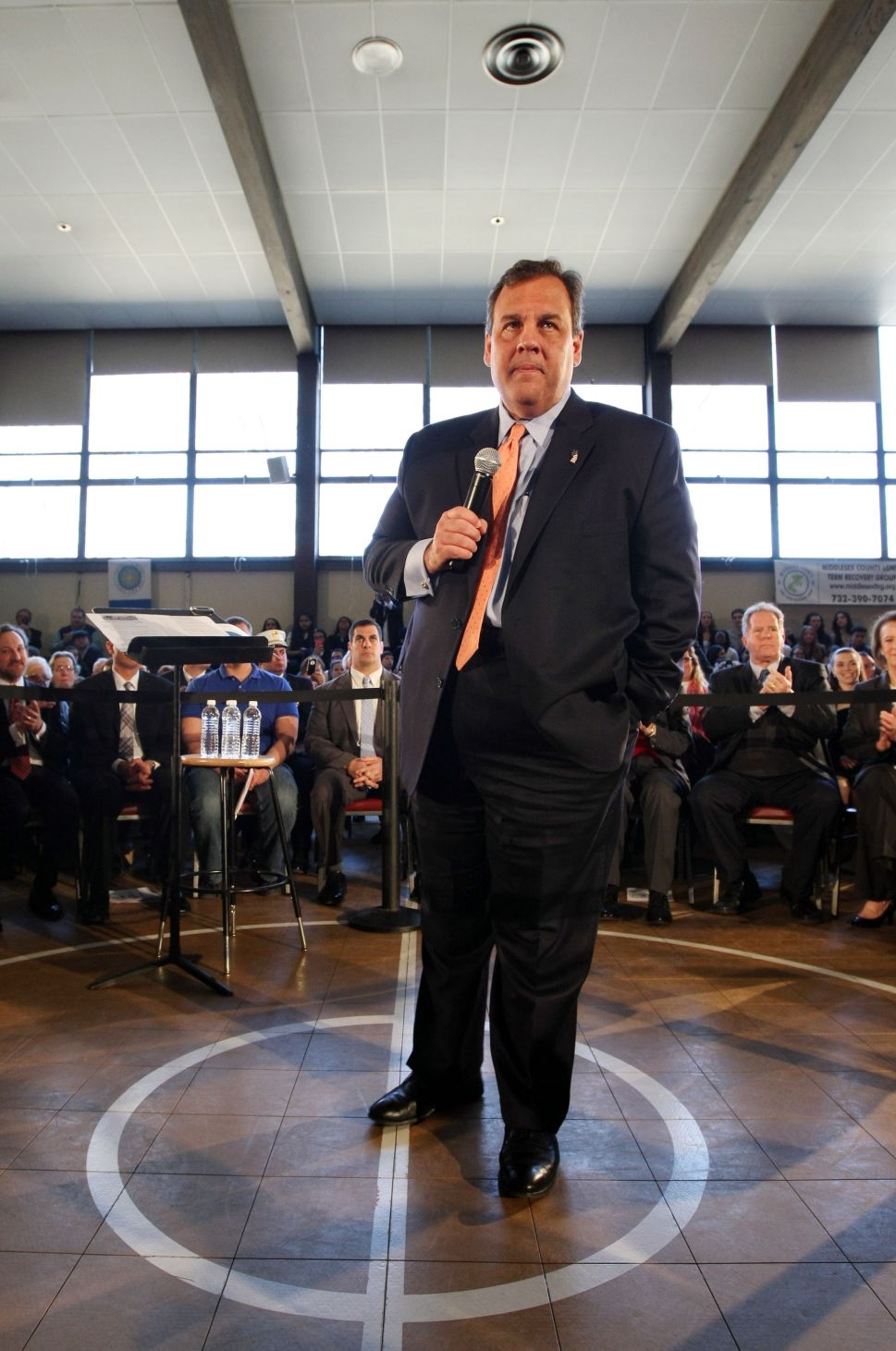