I recently returned from a trip to Nigeria, where an insane posse called Boko Haram has been massacring men, women and children in the name of eradicating the malign effects of western education.

Among its primary targets are health care workers bringing vaccines against polio. Boko Haram is taught to believe that vaccinations are part of a Western plot to sterilize Africans or to spread HIV. These organized psychopaths have killed about a dozen women working on polio eradication in the last six months. Similar conspiracy theories are rampant in Pakistan, where the Taliban has killed between 50 and 60 health workers since 2012. The result is that in Nigeria and Pakistan, polio, a disease that has been basically eradicated from the Western world, is surging back, as it is in Syria.

It’s no surprise to encounter ignorance and suspicion about modern medical advances in the more backward regions of the planet. But this month, New York City is in the midst of a measles outbreak. The disease has affected 21 people and is centered in northern Manhattan, right where I happen to live.

Doctors say this rare outbreak is made possible thanks in part to the vogue, among a certain set of sophisticated Americans, not to vaccinate its children. Like Boko Haram and the Taliban, the Western “unvaxxed” believe, contrary to all scientific research, that vaccinations cause autism or that they can make children weaker and more vulnerable to other disorders. Some suggest that scientific denials are further proof of a conspiracy. One unvaxxer emailed me to point out that the federal government has a website for reporting adverse vaccination events and a fund to compensate the injured, proving, apparently, that the experts know vaccines are bad.

New York City, with its highly mobile community of global travelers and immigrants, is especially vulnerable to imported diseases that the Western world has, thanks to medical science, almost eradicated. But the unvaxxers can use modern courts, lawyers and legislation as a cudgel with which to beat our community back into the Stone Age.

They bend the laws and hire lawyers to force New York City schools to let their kids in. While they sometimes sue private schools, they really go after the public schools, where a presumption in favor of universal education weakens any stand against them.

It doesn’t matter to these people that the city Department of Health, state Department of Health and the Centers for Disease Control and Prevention have all stated that vaccines are safe for use. The Internet is full of websites and organizations devoted to their cause. One website called vaclib.org provides state-by-state advice to parents and promises to “reveal the myth that vaccines are necessary, safe and effective.” That site’s New York State page opens with a “WARNING” in capital letters.

“New York is probably the most difficult state in the U.S. in which to exercise your right to determine what goes into your body and your children’s bodies. We encourage you to join with activist groups that are letting ‘authorities’ know that vaccine mandates are unacceptable.”

The NYC Schools Chancellor’s office has a regulation in place that allows school principals to remove unvaccinated children from school if another child has been diagnosed with a communicable disease such as measles or chickenpox. Those students are kept out of school until a few weeks after the final case has been diagnosed.

But in 2012, parents of unvaccinated kids in Queens sued NYC over that rule. Patricia Finn, the lawyer representing both parents, said that the regulation violates both state laws regarding vaccination, as well as the free exercise clause of the First Amendment.

At the time, Gary Krasner, director of a group called Coalition for Informed Choice, said, “Other school systems outside of New York State have amended their versions of this regulation on practical grounds through means such as placing susceptible students in separate classrooms or allowing them to qualify for home tutors.”

I admit I’m not the best person to lend a sympathetic ear on this topic. I gave birth in France, where they hook you up to the spinal block before you feel the first contraction—and I liked it. As far as I’m concerned, natural childbirth is a ghastly, masochistic concept. Anesthesia and other life-saving and pain-easing medical advances are among the few things our otherwise blighted human race should be proud of.

Instead of celebrating these great advances, we have kooky celebrities like Jenny McCarthy promoting the idea that vaccines are full of “toxins” that cause autism. In fact, a tiny dose of “toxins” is the whole point. Vaccines were invented when Edward Jenner noticed in 1798 that milkmaids who slopped around in barnyard filth didn’t get the dreaded smallpox, since they had already had the less deadly cowpox, then common on farms.

These parents, like all of us, are presumably only trying to do their best for their children. Some of them are my friends, and we don’t discuss this, because they know where I stand. I believe they are misguided and harming public health and their children. Bafflingly, the very same sophisticated crowd is predictably pro science when it comes to reproductive rights and would never stand for creationism being taught in NYC schools.

And yet the feel it necessary to “liberate” their children from one the greatest Enlightenment era discoveries, one which had nearly eradicated diseases like mumps, whooping cough and polio.

They simply do not deserve “religious waivers” to play out their fantasies about Mother Earth, organic living and all the other claptrap they have had the luxury of picking up living in the  sterile lap of Western modernity. What’s more, they’re hypocritical to demand that their little disease vectors share classrooms with the rest of our kids, whose vaccinated immunity protects their own spawn.

They should be invited to start their own schools. Then, their experiment in Dr. Flintstones medicine can be carried out without our vaccinated kids (and in-danger infants and immune-deficient adults) as the control group. The rest of us can keep our distance. 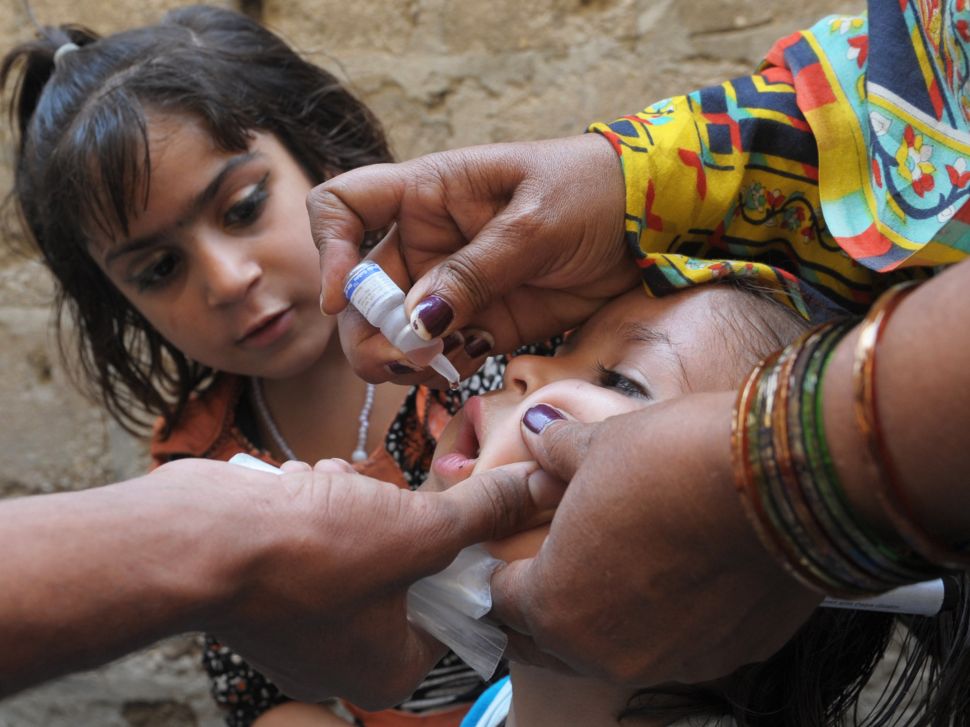