Jeff Goldblum is branching out from Adult Swim and Portlandia episodes. (Do you think he hangs out with Ray Wise a lot? They seem to occupy the same anti-comedy space and appear on the same shows, but never together. Maybe they are the same person? Food for thought.)

Anywhoozles, here is a little video from MTV’s After Hours of what it would be like if The Grand Budapest Hotel director had a restaurant named Goldblum’s. There is a Buckaroo Banzai Brisket, which is an acquired taste, but you’ll like it more later?

So now we all know what it’s like to go into Jeff Goldblum’s portal. Still waiting on the Eater.com review. 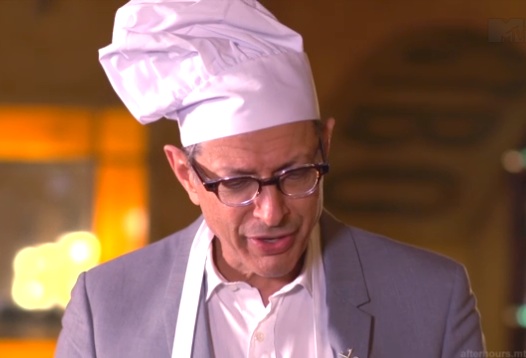