NEWARK – Another week passed in the increasingly acrimonious affair that is the Democratic Primary in CD12.

He has the line in Somerset, which doesn’t get him much district-wide. Maybe 11% if he gets everyone out in his favor.

Based strictly on numbers, Watson Coleman – with her pick up earlier this month of the support of the Union County Democratic Party – has an edge.

With two counties in her column – Mercer and Union – she stands astride the most registered Democratic voters.

But if you think that clinches it; remember, former U.S. Rep. Steve Rothman (D-9) had the line in that portion of his reconfigured district with more on-paper voters than the home county of his rival in the 2012 Democratic Primary: U.S. Rep. Bill Pascrell (D-9).

Moreover, Greenstein did better among county committee people in the Mercer Convention on Watson Coleman’s home turf than the assemblywoman did in Greenstein’s backyard in Middlesex.

But if the senator’s backers are counting on picking off pieces of the Mercer suburbs to boost their candidate, and low voter turnout in a politics-fatigued Trenton after the May 13th mayor’s election, Watson Coleman groupies continue to count on Chivukula wobbling Greenstein in pockets of Middlesex.

This suburban-urban war one will come down to the last fixed bayonet, and a final woman standing on a fragged Jersey parapet.

Dumped by a judge out of her Central Ward seat after a “do you know who I am” moment with a campus cop caught on tape, Rone regenerates as a candidate for register on the countywide ticket assembled by powerful Essex County Democratic Committee Chairman Leroy Jones.

The affably Machiavellian Gill has advanced rapidly since leaving his job as statewide director for U.S. Sen. Frank Lautenberg (D-NJ), transitioning to campaign manager for the late Lautenberg’s arch-nemesis U.S. Sen. Cory Booker (N-NJ), and now moving from district to at-large status on the Essex County Freeholder Board, thanks to the help of Chairman Jones.

The West Orange cement company owner finished the pre-primary season with the most county endorsements of any Republican U.S. Senate contender – seven, including Somerset this week.

The former Randolph mayor turned congressional hopeful has the attention of the National Republican Congressional Committee, which this week elevated MacArthur’s CD3 campaign to ‘on the radar’ in the NRCC’s ‘Young Guns’ program. The Young Guns program pledges support for the Republican hopeful.

The good news for the GOP governor is that an internal review of his administration cleared him of wrongdoing in the Bridgegate case. The bad news for the governor is people regard the review skeptically – and there is considerable grumbling about the cost to taxpayers for the review – $1 million. The review puts the blame on former Christie Deputy Chief of Staff Bridget Kelly and on Wildstein, a former Christie ally and employee of the Port Authority of New York and New Jersey, who claims to be able to prove that the governor had knowledge of the lane closures while the scandalous operation was underway. We don’t know yet where this going – only that it goes on.

A Union County jury this week convicted the former president of the Elizabeth School Board of stealing from the district’s federally funded free lunch program by filing false applications for her own children. The jury slapped Munn on third-degree charges of theft by deception and tampering with public records or information.

Two-hundred Newark activists went to State Street to protest the One Newark Plan proposed by the School Superintendent, a plan that includes the expansion of charter schools, the closure or consolidation of certain public schools and the lay-offs of approximately 1,000 Newark public school teachers.

Charged with election fraud, the former Emerson Councilman must give up elected office for life, according to a pretrial intervention agreement, reported on this week by the Bergen Record.

Former Mayor Sharpe James went to jail on corruption charges and served time. This week, with little to no debate, objection or inquiry, he offered his enthusiastic endorsement of South Ward Councilman Ras Baraka for mayor. Talk to people off-the-record in Newark and they usually say something along the lines of, “Well, everyone has a cousin or a brother or a friend in jail, some unjustly convicted.” That crisis of confidence in the justice system – which in this case includes even the vocalized skepticism of William Martini, the judge in James’s corruption case, a former Republican Congressman – creates an opportunity now for James to present himself as Newark’s ultimate political evangelist. Whether you believe the system is corroded and an overly political then-U.S. Attorney Chris Christie persecuted James, or if you are sickened by the indulgences that bedecked James’s mayoralty (the yachts, the trips, the cars), the city loses. Again.

The at-large Essex County Freeholder didn’t want to leave but “retired,” according to the dictates of the Essex County Democratic Party. The party relieved Owens of duty in favor of Labor leader Wayne Richardson, who’s close to powerful LIUNA boss Ray Pocino. 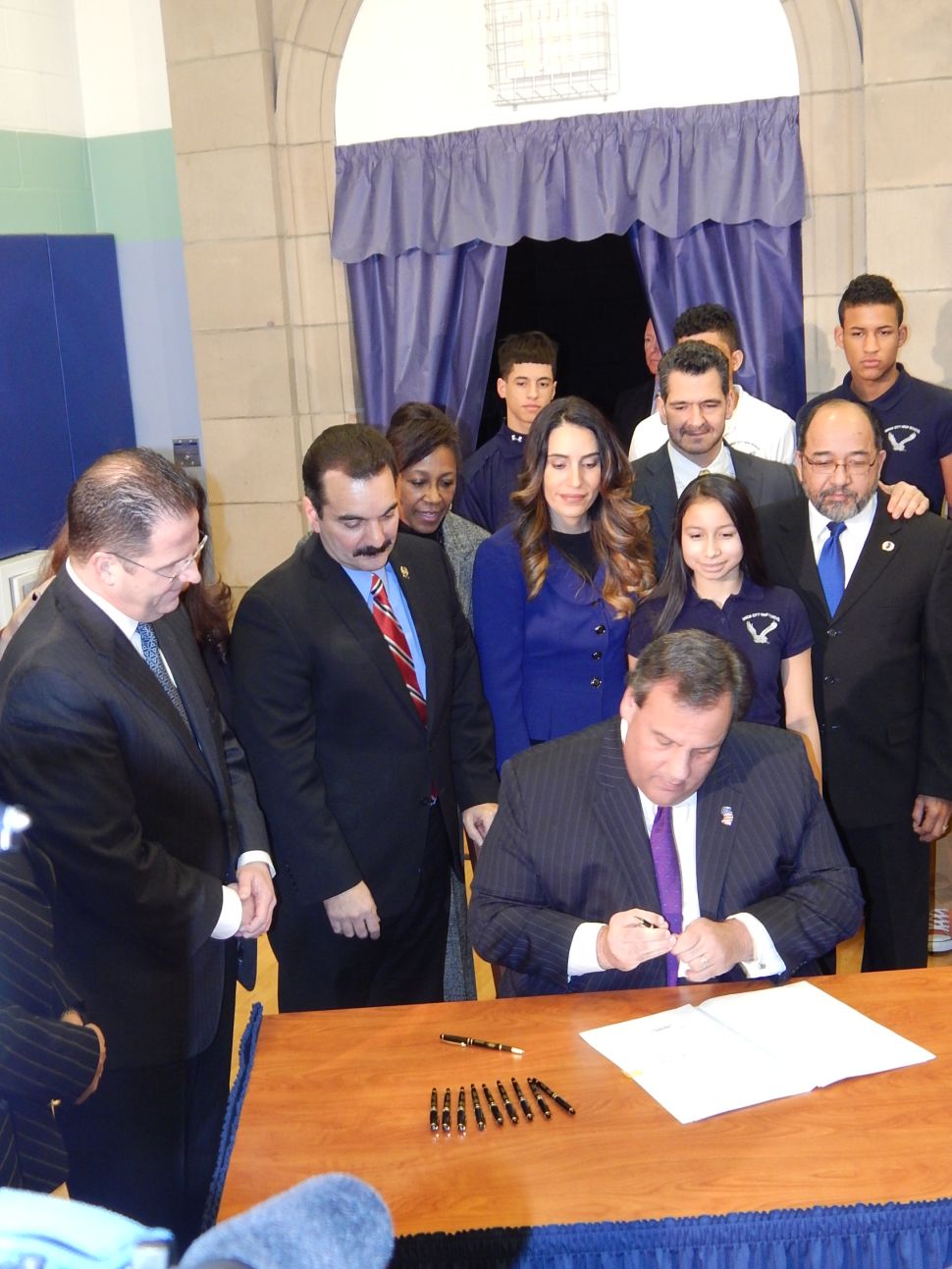