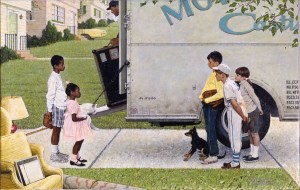 “We didn’t want a dream, we wanted a revolution,” the sculptor Mark di Suvero says in the catalog for this utterly captivating exhibition. “The art establishment ignored us. Pop art was just starting up. We were against capitalism.”

“Witness” thrusts you back into the world he is discussing in that passage, the 1960s of civil-rights struggles and political violence. Expertly marshaling its art (by names big and still too small), documentary photography, fashion and music, the show channels a time when the stakes were enormous—life and death—and when artists were digging in, serving as committed spectators and activists, testing what could be represented and how.

The Brooklyn Museum’s galleries buzz and churn with deep, haunting energies. Spirituals like “Go Tell It on the Mountain” and “Ain’t Gonna Let Nobody Turn Me Around” provide the soundtrack. In Philip Guston’s 1969 painting City Limits, cartoonish, sinister Klansmen coast along in a car. Next to it is Sam Gilliam’s Red April (1970), a 13-foot-long explosively stained masterpiece, spattered with what could be blood, that was inspired by the murder of Martin Luther King, Jr. 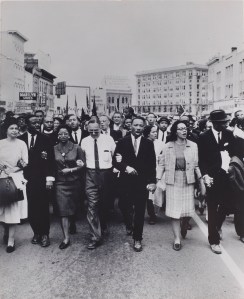 The show’s organizers, Teresa A. Carbone (the museum’s curator of American art) and Kellie Jones (an associate professor at Columbia University), nimbly play artworks off one another, sharpening each work’s bite. David Hammons’s The Door (Admissions Office) (1969) stands at the center of one room. It’s a lone doorway imprinted with black hand, head and body prints. In the same room, George Wallace, the segregationist Alabama governor, glowers from a Richard Avedon portrait hung on a nearby wall. Young children, black and white, eye each other skeptically in Norman Rockwell’s New Kids in the Neighborhood (1967). Yoko Ono’s text instruction piece Voice Piece for Soprano (1961), shown in the Museum of Modern Art’s atrium in 2010, takes on a new ferocity in this context: It reads, “Scream. 1. Against the wind. 2. Against the wall. 3. Against the Sky.”

Documentary photographs, which appear throughout the exhibition, steep it in history. Bruce Davidson captures a smoldering cross at a Ku Klux Klan rally and National Guard troops walking alongside the Freedom Riders. Ernest C. Withers catches a young black woman in Tennessee in 1960 marveling at her voter registration card. Moneta Sleet Jr. and Charles Moore follow the marches and protests as they teeter toward and spill over into violence. Police dogs are everywhere. Gordon Parks gives us the women of the Nation of Islam in Chicago, serene and strong.

Recognizing that beauty can be an instrument of power, artists of the time used it to their advantage. The ace painter Barkley L. Hendricks’ is here in the inimitable self-portrait Icon for My Man Superman (Superman never saved any black people—Bobby Seale) (1969), proudly staring you down behind reflective glasses, arms crossed, sans pants. The stolid woman in his painting Lawdy Mama (1969) poses within a shaped frame, in front of gold leaf, like a saint (“Afro going on for miles,” Dr. Jones writes in the catalog). The three women in Jeff Donaldson’s watercolor Wives of Shango (1969) are armed revolutionaries, hands on their hips, rifles on their shoulders. (Donaldson was a member of the Black Arts Movement; a small concurrent show on the museum’s fifth floor, “Revolution! Works from the Black Arts Movement,” expands on that story.) 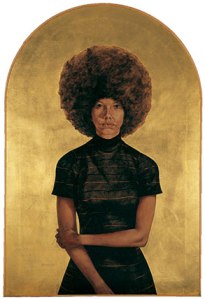 ‘Lawdy Mama’ (1969) by Hendricks. (Courtesy of the artist and Jack Shainman Gallery/The Studio Museum in Harlem)

Again and again, I was stunned by how brutal and radical much of this work still feels, even some 50 years after it was made—the ways in which artists took Pop, conceptual and Abstract-Expressionist strategies and reengineered them for political ends. These are artworks that sneak up on you and slug you in the gut.

Faith Ringgold’s 1969 American flag looks like a subtly abstracted riff on Jasper Johns’ famous subject until you notice that she has hidden a message among its stripes and stars: “Die Nigger.” Malcolm Bailey’s large blue 1969 painting looks like a blown-up technical diagram of a boat, until you notice the people, black and white, loaded up inside—a slave ship. Its title is Hold, Separate but Equal. Meaty metal sculptures by Mr. di Suvero and Melvin Edwards seem to threaten—and writhe in—unspeakable violence.

A remarkable stretch of the exhibition has black-and-white paintings by Leon Polk Smith, Charles Alston, Frank Stella, Virginia Jaramillo and Norman Lewis, one after another. They’re abstract, but here they teem with newfound forces and content. They’re exemplars of the plain fact that political art need not look, or be, propagandistic, and they confirm Emma Amos’ quip: “Every time I think about color, it’s a political statement.” 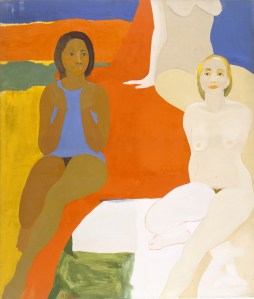 As for Ms. Amos, the lone member of the pioneering New York black artist group Spiral, she is here with an absolute stunner of a canvas from 1966 in which three women—two white, one black—float in a space that rhymes with a wildly colored scene, teeming with bodies, by the redoubtable Bob Thompson that quotes the French baroque painter Nicolas Poussin and is dedicated to Nina Simone, who is singing “Mississippi Goddam” in 1964 in a video in an adjoining room.

“Witness” was timed to coincide with the 50th anniversary of the passage of the landmark 1964 Civil Rights Act. Next year brings the 50th anniversary of the 1965 Voting Rights Act, though that is looking like a far more melancholic event since the Supreme Court effectively dismembered it last June. How should artists and institutions greet it? “Witness” offers some ideas and quite a bit of hope. Mr. di Suvero summarizes its heartening thesis rather succinctly: “I know that what artists did made a difference.” 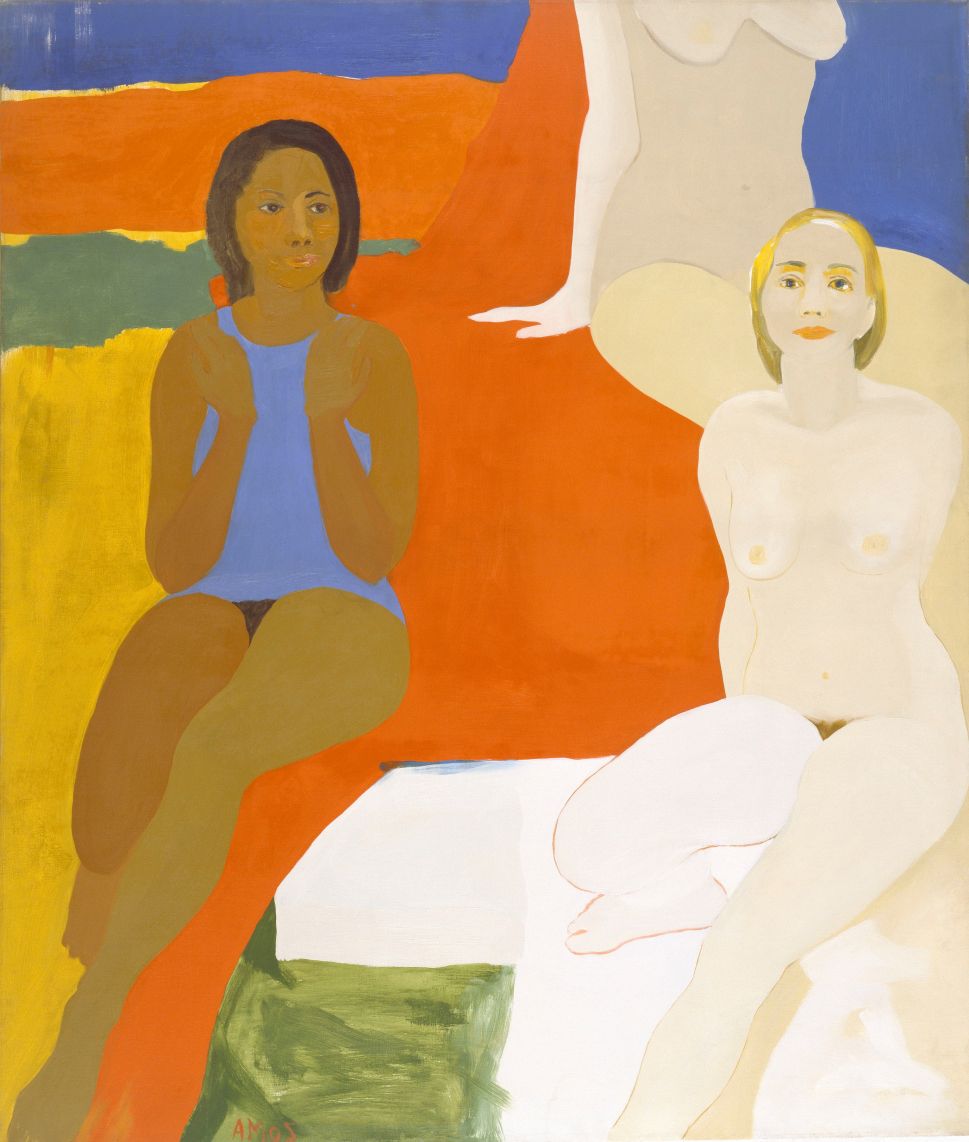