A book arrives in the mail. Its cover is white, imageless, with green and black text in typewriter typeface. The text (save for two words) reads: “… because, they said, she was lazy. What they meant was that she used too many contractions: for instance, she would not write out in full the words cannot and will not, but instead contracted them to can’t and won’t”—boldfaced in original, as this is the title of the book. Below that: “(stories)”—in parentheses as though whispering it, as though not entirely confident in the claim.

The table of contents stretches on for five pages—122 stories, 85 of them a page in length or shorter. The title story is a veritable one-liner. Forty-one of its 48 words constitute the previously quoted body-text of the cover, though “quoted” is the wrong word, since a crucial—and baffling—switch was made from first person to third; the text in disjunction with itself. Here then is the title story, in its entirety, as it appears on the page:

I was recently denied a writing prize because, they said, I was lazy. What they meant by lazy was that I used too many contractions: for instance, I would not write out in full the words cannot and will not, but instead contracted them to can’t and won’t.

Maybe the switch isn’t so baffling, after all, since the last two words on the cover, withheld above, are “Lydia Davis,” the author of the present collection and winner of the 2013 Man Booker International Prize (plus MacArthur, Lannan, Guggenheim, Whiting, etc.). And yes, we all know that the “I” in fiction is not to be confused or conflated with its author, but still, we can only imagine the marketing meeting where they realized that “I was recently denied a writing prize” just wasn’t going to cut it as cover copy. Now instead of a sullen writer’s whining, we have a woman harangued by a nameless and niggling them, charged with, of all things, laziness. It’s terse, suggestive, ineffably French, dry enough to make you reach for a glass of , a pomo-koan that is, if anything, deepened rather than flattened by the vexed relationship between the covering “she” and the late-breaking “I,”  the “I” presumably the original and the cover version the revision—a deconstruction of originality and imitation so crisp and thorough it might have been dreamed up by Judith Butler, if not Michel Foucault. “Can’t and Won’t” is, in short, a quintessential Lydia Davis story. Just as Can’t and Won’t is a quintessential Lydia Davis book.

By “quintessential” I mean that Can’t and Won’t offers up the very best and very worst of Ms. Davis in quantities rarely seen outside of a Chinese buffet. The question, then, is: What are the very best and very worst of Lydia Davis? But that’s like asking whether the bacon-wrapped shrimp is “better” than the General Tso’s chicken or whether they “should” offer up sushi and chocolate pudding right next to the lo mein or at all. These are questions of taste and sensibility, also perhaps of dietary restriction and religious creed.

I’m Jewish, ergo I love bacon-wrapped shrimp, think sushi should be expensive or nonexistent and don’t see the point of pudding at all. What I mean is that I’m a Lydia Davis agnostic. I know she’s a genius, but it’s a narrow kind of genius, entirely dependent on the oblique or skewed line, the quotidian detail delivered with a slight smirk. Far be it from me to criticize any writer for being hermetic, inward-looking, self-aware or cozy with her audience—that’s half the fun of literature. But when I read a quote of Rick Moody describing Ms. Davis as “the best prose stylist in America,” I first reached for my revolver, then instead for my Cormac McCarthy, Christine Schutt, Joshua Cohen, Sam Lipsyte, Fiona Maazel, Amy Hempel, Don DeLillo, Donald Antrim, Denis Johnson, Marilynne Robinson, David Gates, Barry Hannah (not yet five years dead), Martin Amis (moved to Brooklyn), Zadie Smith (half the year, anyway), Alice Munro (our upstairs neighbor), Tao Lin (no, seriously), Teju Cole, Padgett Powell, Junot Diaz, Jim Shepard, Cynthia Ozick, Stanley G. Crawford (still alive, F.Y.I.), Deborah Eisenberg, Lorrie Moore. Then I remembered that Mr. Moody is a Catholic, which seemed like it explained something, though I’d be hard-pressed to say exactly what. (Ms. Davis’ own faith, if she has any, is unknown to me.) Anyway, I set myself up to have a very bad time with this book and was instead thoroughly surprised and delighted—a hyper-intellectualized, Davis-worthy meta-delight, to be sure—with the genuine pleasure it brought me, even as I came to believe that a solid third of it is bullshit.

Every man has his own strategy when it comes to Chinese buffet, and understanding Can’t and Won’t seems to me to demand looking beyond the five numbered sections into which it is organized and instead toward the three distinct, slender and imagined-by-me books that it actually contains. The first book, my favorite one, gathers the longer stories, in which Ms. Davis’ singularly incisive attention is paid to both the ticking second hand of bourgeois consciousness and the curious minutiae of the world. This book is anchored by a handful of plotless, hypnotic and somehow compelling longer stories: “The Seals,” “The Dreadful Mucamas,” “Eating Fish Alone,” “The Two Davises and the Rug,” “The Letter to the Foundation.” (Longer is a highly relative term here, but still.) My favorite story is “The Cows,” in which a woman observes some cows in a field visible from her window. A calf, “because his body is so small and his legs so thin … looks like a thick black staple.” Complementing the longer stories are, say, two-dozen exemplary flash fictions, including “Men,” “Handel,” “Two Undertakers,” “Judgment” and all the pieces concerned with trains and travel, which together remind even the hardened skeptic that Ms. Davis is, indisputably, a master of the short-short form. To borrow the title from one of the stories in this group, let’s call this collection The Magic of the Train.

The second book, also quite good, is an omnium-gatherum. It features several cranky letters (maybe fictional, maybe not, and does it matter?); a pile of transcribed dreams, some credited in the notes to friends of the author, others her own; and 13 “stories from Flaubert.” These last are adapted from Flaubert’s letters to Colette and provide an enchanting supplement to Ms. Davis’ unsurpassed translation of Madame Bovary. Also included in this second book are some winning riffs (some longer, some shorter), such as “How I Read as Quickly as Possible Through My Back Issues of the TLS,” “Bloomington,” “Her Geography: Alabama,” “Notes During Long Phone Conversation with Mother,” “The Language of Things in the House” and “I’m Pretty Comfortable, but I Could Be a Little More Comfortable,” which might have been titled “67 Captions for Imaginary Roz Chast Cartoons.” Silly but fun, a touch smarter than they need to be and squarely in the tradition of gem-studded miscellanies such as Donald Barthelme’s Teachings of Don. B, let’s call this second book Her Geography: Letters, One-Liners, Riffs, Lists, Dreams and Flaubert.

The final book is really a chapbook and consists of 30 or 40 “stories” that shouldn’t have been published in the first place, much less collected here. These pieces do not explore the potential of the fragment, challenge the limits of the short story form or do wonders with brevity and compression. Indeed, they don’t do anything. What was that word the prize-denying judges in “Can’t and Won’t” used? Oh right: “lazy.” This stuff is lazy, and smug to boot. Here’s “Housekeeping Observation”: “Under all this dirt / the floor is really very clean.” That forward slash, by the way, does not appear in the original but is meant to mark a line break, as one does when quoting poetry, for many of these stories are pointlessly lineated. “Hello Dear” is a set of passages copied from actual spam emails (without citation—I Googled) and shaped into three-line stanzas: “Long ago you could not see, / but I am Marina—with Russia. / Do you remember me?” This last book, then, is called Shouldn’t Have, and it reminds me of the key to a successful Chinese buffet strategy: Be more selective on the second pass than the first one; expect to regret it if you go back for thirds.

Justin Taylor’s story collection, Flings, will be published in August by HarperCollins. 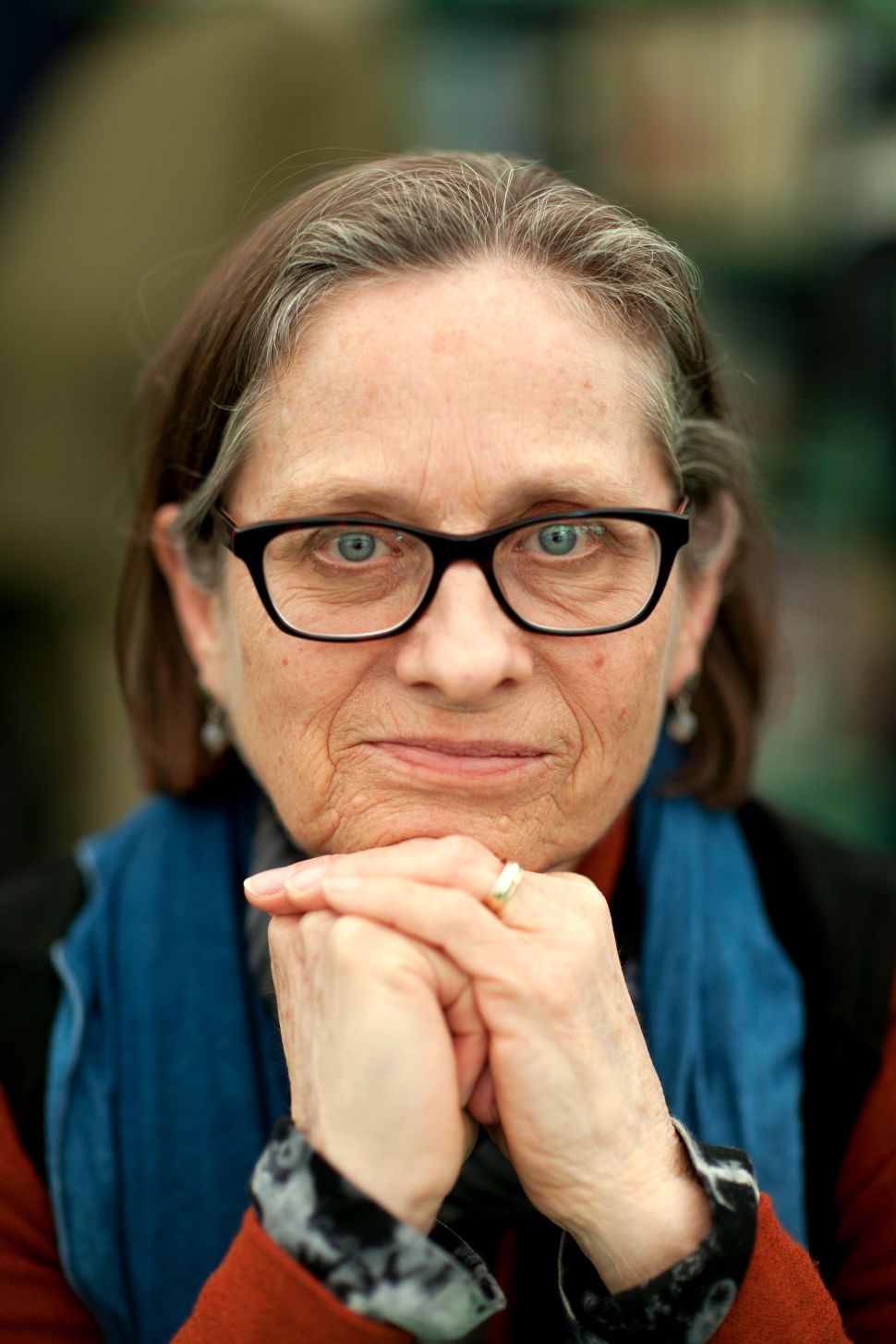