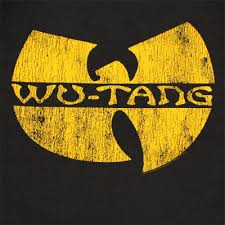 The Wu-Tang Clan’s latest album features 31 songs recorded over the course of six years and will not be released by a commercial label. Actually, that’s an understatement: “The music is available for purchase and ownership by one individual only,” according to a website set up for the album. “It is presented in a hand carved nickel-silver box designed by the British Moroccan artist Yahya.” Talk about a collector’s item! (Sorry.)

In a mission statement about the decision to offer the album for sale to a sole customer, the group said:

History demonstrates that great musicians such as Beethoven, Mozart and Bach are held in the same high esteem as figures like Picasso, Michelangelo and Van Gogh. However, the creative output of today’s artists such as The RZA, Kanye West or Dr. Dre, is not valued equally to that of artists like Andy Warhol, Damien Hirst or Jean-Michel Basquiat…By adopting a 400 year old Renaissance-style approach to music, offering it as a commissioned commodity and allowing it to take a similar trajectory from creation to exhibition to sale, as any other contemporary art piece, we hope to inspire and intensify urgent debates about the future of music. We hope to steer those debates toward more radical solutions and provoke questions about the value and perception of music as a work of art in today’s world.

Wu-Tang hopes this will perhaps bridge the “50 million dollar difference between a microphone and a paintbrush.” We here at Gallerist hope that it proves once and for all who is the world’s biggest Wu-Tang fan. (We’re looking at you, Larry Gagosian.)

What Wu-Tang song to leave you with? Let’s go with a classic: