We all remember the opening monologue of The Newsroom‘s pilot episode. It featured scruffy, all-American hero Will McAvoy putting a ditzy blonde girl in her place by explaining America ain’t what it used to be. Aside from the condescending portrayal of a female college student, it was epic writing.

At last night’s Tribeca Innovation Week event featuring Aaron Sorkin, the scribe behind that show, there was potential for a similarly glorious moment. And for the majority of the talk, guided by speechwriter Jon Favreau, Mr. Sorkin was charming, candid and humble. But sadly, the writer revealed old-school sexist ideals when an audience member asked him about women in film.

“When 52 percent of the movie ticket-buying public are female but only 15 percent of the protagonists are, it doesn’t seem like commerce is actually winning,” the audience member said, calling back to an art vs. commerce remark Mr. Sorkin had said earlier. “I know on your TV show you have great female characters. Are you going to write a female protagonist for a feature any time soon?”

“I’ve always thought… I don’t know, is the answer to your question. You’re making a really good point about the disparity between who’s buying the ticket and who’s up on screen. Furthering that point, these decisions aren’t made entirely by men. There are roughly as many women who can green-light a film in Hollywood as there are men. From Amy Pascal at Sony to Stacy Snider at Dreamworks, Donna at Universal. But I’ve always thought that there is a great female James Bond movie to be done. I’m not literally calling her Jane Bond, I mean, but a female secret agent.”

So it’s the ladies’ fault. See? There are two and a half names of powerful women in Hollywood to prove it. Also, apparently the answer to including women in film is to plug female actresses into typically male roles.

“There’s a misunderstanding out there too. Because I’ve been reading a lot recently about how a female-driven movie like, say, Bridesmaids is looked at as a fluke. The success of that movie is looked at as a fluke and therefore Hollywood doesn’t do it. That’s a premise that suggests that studio executives have piles of scripts as good as Bridesmaids on their desks. They don’t. Bridesmaids got made because it was really good. I promise you nothing but capitalism drives decision-making in Hollywood. If there’s a sense that this will make money, it’ll get made.”

Then what is the excuse for all of the male-driven comedies from the past five years that aren’t half as good as Bridesmaids? What happened with Grown-Ups 2, then? Or The Hangover III? The Internship? Madea’s Witness Protection Program? Ted? Did all of these movies have amazing scripts that were somehow botched on their way to the screen or what?

This statement is a perfect example of a double standard. Scripts featuring female protagonists are held to a higher standard than those that feature men. And let’s not pretend this doesn’t extend to female writers.

“And I think that studio executives understand that it’s more than just 52 percent of the audience that is female. Generally, if there’s a couple, a man-woman couple, it’s the woman who’s deciding what were seeing tonight. I think that they understand that. And the trick is there just need to be more good scripts that have the kind of characters you’re looking for.”

Yes, he just blamed the problem on women again. Maybe if we ladies would stop forcing our boyfriends to see third-rate action movies, the problem would clear itself up.

This line of thinking is exactly what causes crappy male-driven movies to be made over crappy female-driven movies. If we, the American public, are willing to accept mediocrity in the film industry, shouldn’t that mediocrity at least reflect our own demographics? It’s only fair.

Of course, this was a spur-of-the-moment question about a controversial topic. Mr. Sorkin can’t be expected to speak for the entire film and TV industry with one improvised answer. He doesn’t even have to write female protagonists if he doesn’t want to — but he shouldn’t pretend that the reason male-driven movies get made while women’s scripts sit in a bin is because the former are of a higher quality.

Pretending institutionalized sexism isn’t to blame for the dearth of female film protagonists is just crazy. Mr. Sorkin is kind of right on his first point, that we need to start holding the gatekeepers of the industry to higher standards — but what he apparently fails to realize is that that includes him. 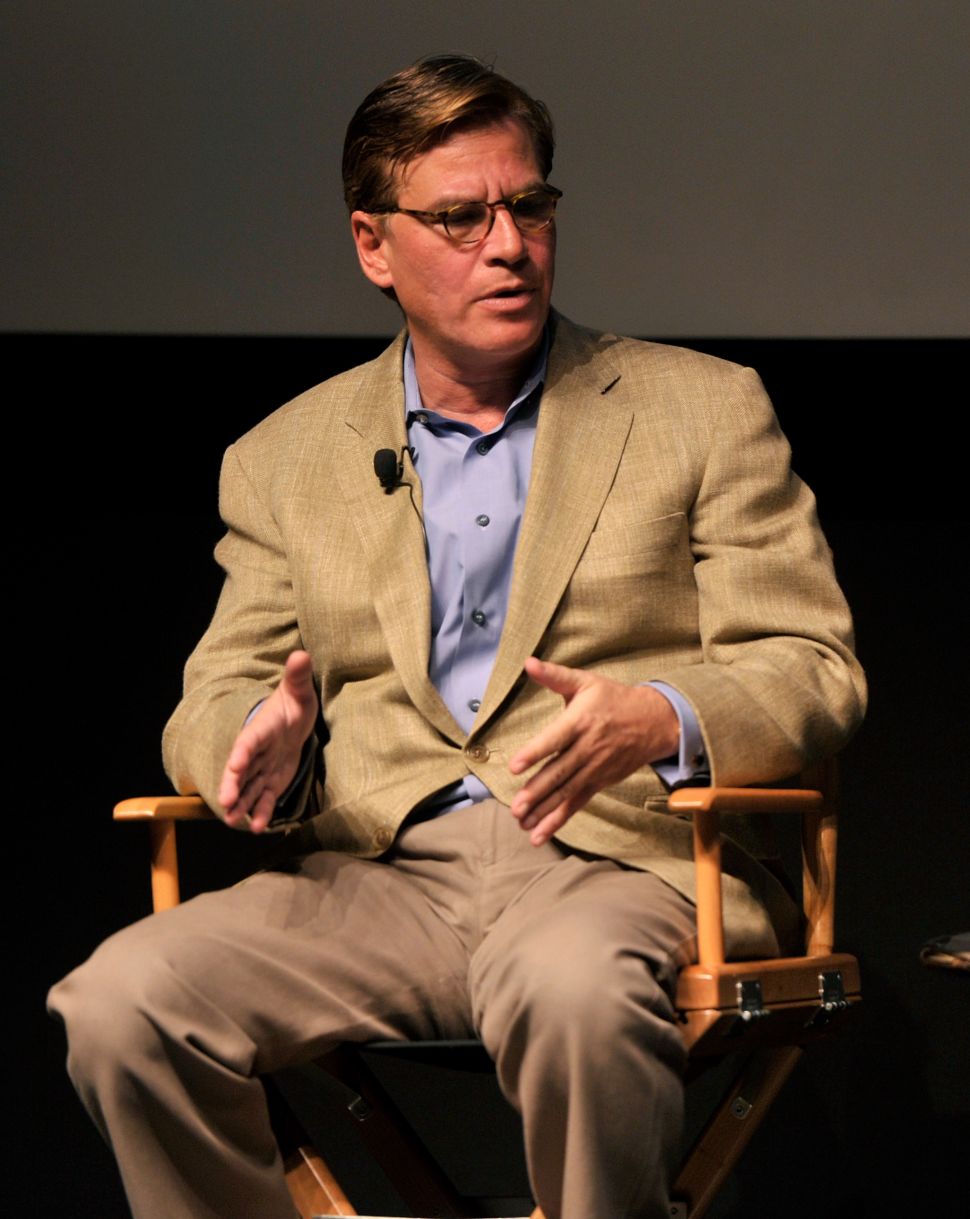