Since GrubHub Seamless went public with a valuation of $2.67 billion, venture capitalists are racing to find the next hit food delivery app for their portfolios.

According to the report on the CB Insights blog, investments in food tech in the first quarter of 2014 (Q1) were the highest they’ve been in five years. Over $200 million went to food and grocery apps during those three months, which was the biggest VC investing boom in over a decade.

Most of these are small, local apps that focus on a particular set of stores and services, whereas GrubHub and Seamless are nationwide giants with a combined 25 years under their belts. The two companies merged last year, and served over three million customers nationwide in 2013 alone.

But the food app business overall is still full of new players. In the past two years, more than half of the investments in food tech were for seed-stage startups, and a lot of them are more niche services than just repackaged versions of Seamless. There are apps that deliver your Whole Foods shopping list within the hour, bring you wine or liquor (but not beer), or bring you portioned ingredients with their accompanying recipes.

Sure, sometimes a major quarter like this is just the result of a few huge deals inflating the quarterly totals. But in this case, it could be that we’re at the start of a small boom for food tech. In just the first couple of weeks of Q2, there have already been another $38 million in food delivery app investments, with more rumored to be on the way. 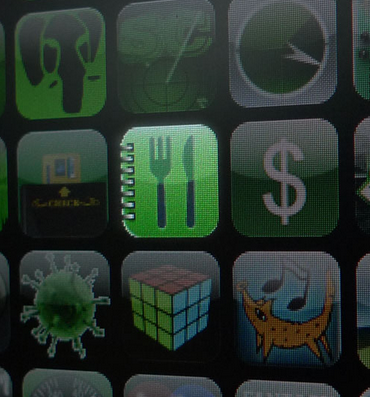