Much has been made of Walmart’s many controversial, thus-far-failed attempts to enter our fair city. And every time it seems that the mega-retailer has finally left for good, it turns out to be just another feigned retreat, a breather before the next, inevitable, incursion.

Last month, Walmart leased retail space in southeast Queens, telling Crain’s that it had been rented “as a potentially viable site for our business, but we don’t currently have a plan for the site.” And now, the retail giant is making inroads into considerably more rarefied territory: the Post recently reported that Walmart heiress Alice Walton is the mysterious buyer in contract on Edgar Bronfman’s penthouse at 960 Fifth Avenue.

If Ms. Walton really is the buyer, it wouldn’t be the first time that a dime-store fortune has paid for a prime uptown aerie—see: the Woolworth mansion—and a contract, even a $70 million one, does not guarantee a co-op board’s acceptance. Still, most co-ops have relinquished the iron grip they once held on the social register and Ms. Walton did get her money the old-fashioned way—through her family—unlike some of the real nouveau riche willing to pay top dollar for Manhattan real estate. (She also has some very old money tastes, like horses—according to a profile in the Kansas City Star she is apparently very good determining which foals will grow to be champion cutters.) Get ready for the next New York push?

Of course, Ms. Walton’s Upper East Side buy, provided the rumors are true, does not necessarily have any connection to the company’s flirtation with Queens, though the Walton family does retain a majority ownership stake in the company. Moreover, the fact that Ms. Walton, assuming she is the buyer, would have gone for a co-op rather than a condo is interesting. After all, buying a co-op is a pain in the neck, but it could prove quite a useful foothold, especially for a company so desperate to make inroads into New York that it hired five lobbyist-consultants during its last push.

At least, the Queens lease and the pricey pad seem proof that both the Waltons and Walmart continue to have designs on New York—social, business or quite likely both. Even if the developer of the Rockaway Blvd. site in Queens where the company has leased space assured Crain’s that the store would actually be on the Long Island section of the parcel.

All of which has the potential to prove interesting in the context of a new administration headed by a mayor who has been bitterly opposed to Walmart. While he was still public advocate, Mr. de Blasio said of the retailers’ defeated bid to open an East New York store: “It is abundantly clear in the second half of 2012 going into 2013 that they lost momentum, that they couldn’t establish a beachhead… Vigilance always will be required, but I think they’ve suffered a profound defeat.”

In the past, the retailer has tried to open stores at sites not yet zoned for retail, a tactic that has proved disastrous given strong union and political opposition in the city. In March of last year, a source told The Times that the company “was now interested in sites already zoned for retail to minimize conflict with public officials,” contradicting Walmart consultants who claimed that the company had “all but packed up and left.”

The same article also pointed out that in 2007, the company’s chief executive seemed to be abandoning hopes of ever entering New York, declaring, “I don’t think it’s worth the effort,” only to resume efforts a short time later.

Controversy over the retailer has centered on its low wages and staunch resistance to unions.

While Walmart claims that its discount stores would be a boon to lower-income New Yorkers eager for savings, elected officials argue that while the retailer’s low wages and resistance to unions make it a bad fit for a city as expensive as New York, where it is essentially impossible to live on Walmart wages.

Even Queens councilman Donovan Richards, who represents the district in southeast Queens that the new, possibly-in-the-works Walmart would border, has vowed to fight it, telling Crain’s that he’d “definitely make a big deal about it” if Walmart tries to move in.

In the end, Ms. Walton, whose interests run to philanthropy, collecting art and finding clever ways to avoid paying any estate tax, may be like so many heiresses before her—eager to erase the taint of lowly commerce from her life and profoundly uninterested in swaying the city’s ruling class in favor of her family company. The Queens lease and the pending Fifth Avenue sale may be nothing more than a fluke. Though Ms. Walton does not appear to be a simpering socialite. Sam Walton, in his biography, declared her to be “the most like me – a maverick – but even more volatile than I am.” 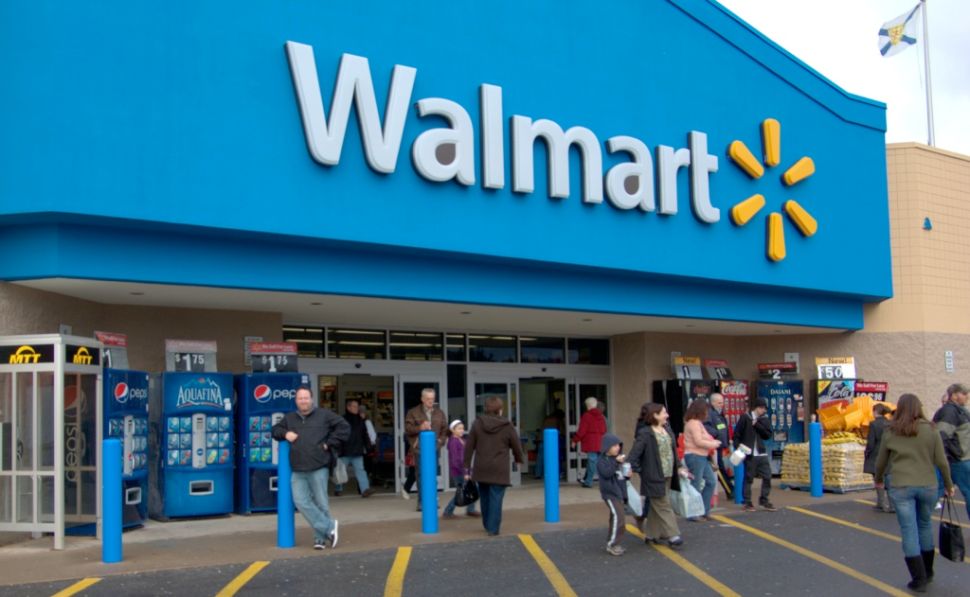