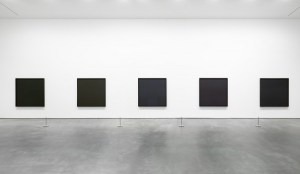 The United States section of the International Association of Art Critics has announced the winners of its annual awards, which were voted on by its more than 400 members. David Zwirner’s superb Ad Reinhardt show, organized by Rob Storr, took top honors in the Best Show in a Commercial Space in New York category, with Gagosian’s “Painted on 21st Street: Helen Frankenthaler from 1950 to 1959,” organized by John Elderfield, garnering second place.