And it is a LIE. (Stock.Xchng)

Attention sexters and Tinder addicts alike — the other end of your steamy convo is probably wearing sweatpants and watching Netflix.

At least, that’s according to a study conducted at Indiana University – Purdue University in Fort Wayne. The results, published in Computers and Human Behaviors, showed that almost half the people who have sent sexy texts have lied while doing so.

“This already exists in face-to-face interactions, like with orgasms it’s common,” lead author Michelle Drouin told Reuters Health. “I expected people would also be ‘faking it’ in sexts.”

More than 150 college students with at least one committed relationship under their belt took an anonymous survey about their sext life. The questions asked whether they’d lied about various things, from what they were wearing at the time, to what they were doing on the other end of the phone.

In the battle of the sexes, women lied during sexting twice as much as men. According to Ms. Drouin, this is comparable to sexting’s more frightening counterpart — actual, real life sex.

“Women are more likely to fake orgasm than men, for obvious reasons, but more likely to pretend enthusiasm as well,” she said. “Women lie to serve other people more than men (do).”

Ms. Drouin, while admitting that the rate of lying is alarming for a generation that uses texting for pretty much everything, did put a warm touch on the results.

“People just need to not think that every time they want to sext, their partners always want to,” Drouin said. “They may just be doing it to make someone else happy.”

Faking an already unenthusiastic sexual encounter over the telephone, just to make someone happy? We believe in true love again. 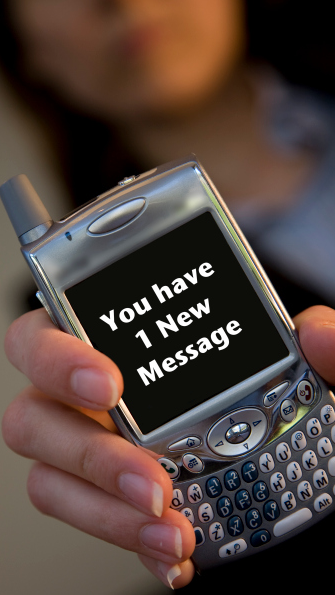