“The movie was a blast to make!” enthused writer/director Richard Shepard last Thursday at the Hotel Hugo, where he co-hosted an after-party toasting his film Dom Hemingway. The movie stars Jude Law as the title character, a sideburned safecracker who has just been released from prison. “It was a passion project,” confessed Mr. Law. “[Hemingway] comes from the same part of London I do.”

In the movie, Hemingway and buddy Dickie (Richard E. Grant) travel to the French Riviera to retrieve money owed them by their Russian boss (Demian Bichir.) Along the way, they barely survive a series of catastrophes fueled by liquor, blow and breasts.

“Everything we did in the south of France was joyous,” Mr. Law said with a smirk. Hemingway attempts to clean up his act and reconnect with an estranged daughter (Emilia Clarke.) Old habits die young, however, as the protagonist continues his criminal ways while spewing vulgarity at all in his path and guzzling more gallons of booze. His hangovers are colossal.

“Dom’s hangover cure is just start again,” Mr. Law admitted to Shindigger with a laugh. “Go for a long run” was what he personally advised, perhaps from experience.

Mr. Law grabbed our shoulder and shook his head: “Face the punishment full on. There’s no way of avoiding it.” Jennifer Connelly and Russell Crowe at the US Premiere of “Noah” (Photo: Jimi Celeste/Patrick McMullan)

“It’s been a long journey,” sighed Darren Aronofsky, the director of Paramount’s Noah, at last Wednesday’s New York premiere. “This really began 32 years ago when I had a teacher, Vera Fried. She was inspiring. I wrote a piece [about] Noah. It’s beyond a dream.”

It’s a shipwreck of a film. Shindigger is no Rex Reed, but experiencing the 139-minute, $130 million biblical saga, which opened March 28, is anything but a fantasy. Despite snazzy special effects and a booming soundtrack, we still fit in a cozy little nap. Even the cast’s mild tales of woe on the set were more interesting.

“It was very cold, so I drank a lot of tea,” confessed actress Madison Davenport, who in the role of Na’el played paramour to Logan Lerman’s Ham. “Most of the time I listened to music. It’s my way of escaping.”

“Scripturally, Noah saves a ton of animals,” Shindigger said. “Which beast do you wish he had left behind?”

“Snakes!” Ms. Davenport blurted, as light caught her golden Marchesa dress. But then her expression changed. “If he hadn’t saved snakes, there would be a ridiculous rat population,” she noted thoughtfully.

Jennifer Connelly passed by, lingering only long enough to divulge what she was wearing: “Nicolas Ghesquière for Louis Vuitton,” we heard her chirp.

Douglas Booth needed no time to reflect on which pest would cease to exist. “Mosquitos!” the model/actor replied with a disgusted shake of the hand. “Because they bite you and won’t go away.” Like reporters. 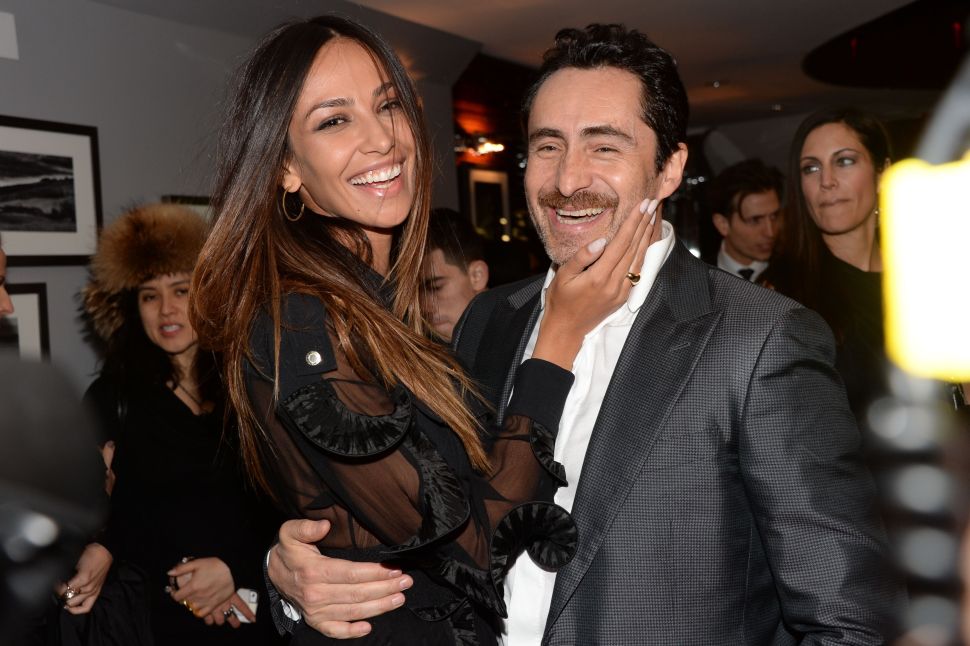