“It’s really nice here,” says Ben Pundole, the founder of eclectic travel site A Hotel Life, gazing at the view from his Williamsburg apartment. It is around 10 a.m. on a sunny Thursday morning. “I’ve lived here for four years,” he adds, “but don’t often get a chance to stop and take in the morning sun.” As the vice president of brand experience for Edition Hotels, founded by boutique hotel pioneer Ian Schrager in partnership with Marriott, Mr. Pundole spends a lot of time away from home. Most recently, his travels took him to Miami, where the restored Seville Hotel opens this fall under the Edition mantle.

Mr. Pundole describes his personal style as “low-key luxury.” He scours junk stores, open-air markets and eBay auctions for found objects and antique furniture to fill his rustic loft on Driggs Avenue. It may not be as ostentatious as a Florida resort, but it is, he says, exactly how he likes it.

Have you put as much care into designing your apartment as you would, say, planning out a new space with Ian Schrager? Very much so. When I moved here, I really wanted a home. I think it’s an extension of my personality, where most things are sought-after items from flea markets and junk stores, with the occasional piece of artwork from a known artist. It’s a collection of items that have been carefully and lovingly curated over the past few years. It wasn’t just thrown together for design’s sake.

From the look of the place, which is full of aged relics and antique tchotchkes, it feels safe to assume you don’t much like new stuff. I much prefer things that are old. It makes me feel comfortable. Growing up, my stepfather, who was in advertising, used to restore antique furniture as a hobby, so I got into that. The kitchen stools, for example, I could have gotten brand new for half the price, but I like a kind of industrial look.

Black is a predominant color. What were your thoughts behind that? Painting the walls black was the first thing I did when I moved in to the apartment. I just like there to be a lot of texture. I also wanted the TV to disappear into the room a little bit, not that it really does. What are your favorite items in the apartment? The table. It’s a farmhouse table that I found in a junk store but absolutely love. It fits six people for dinner perfectly. And I love food, I love entertaining. Hospitality is in my blood. What else? I really cherish the picture of the Pope I own, from a flea market in Berlin. The Kehinde Wiley piece I bought at an art fair in London many years ago, before he was the well-known artist he is now, is probably my favorite piece of art.

How do you seek things out? Well, there’s a junk store downstairs, and they always have really cool stuff from estate sales. I went through a strange phase of buying animal skulls on eBay. They’re very cheap. I also went through a period of making lights out of old chemistry equipment. A collage of flags from old cigarette packets. (Photo by Emily Anne Epstein)

Name one hotel that’s really exciting to you right now. The Grand Budapest Hotel. It’s genius. I’m a big fan of Wes Anderson’s films, and I love that there is now currently a film on general release where the hotel is the star of the movie. It certainly says something about the tastes that we have. In real life, there are some great hoteliers doing wonderful things out there. Liz Lambert in Austin, Texas, with the Saint Cecilia and the San Jose. Carlos Couturier and Moises Micha, from Grupo Habita, have wonderful hotels in Mexico. I love what the Sydell Group is doing—everything from the Freehand in Miami, which is a hostel designed by Roman & Williams, to the Line Hotel in Koreatown in L.A. There’s also Avi Brosh, a guy in L.A. who just opened up the Palihouse in Santa Monica—great design, mixing found objects and flea market aesthetics with a modern sensibility.

Hotels are inextricably linked with transience. Do you feel most at home in a hotel or in your apartment? I feel at home when I’m here but also love staying in hotels. A good hotel will transform a person. So if you were to stay at a hotel and it makes you feel like a better version of yourself or more interesting or more creative or that you can jump higher, run faster, swim further, that hotel is doing its job. 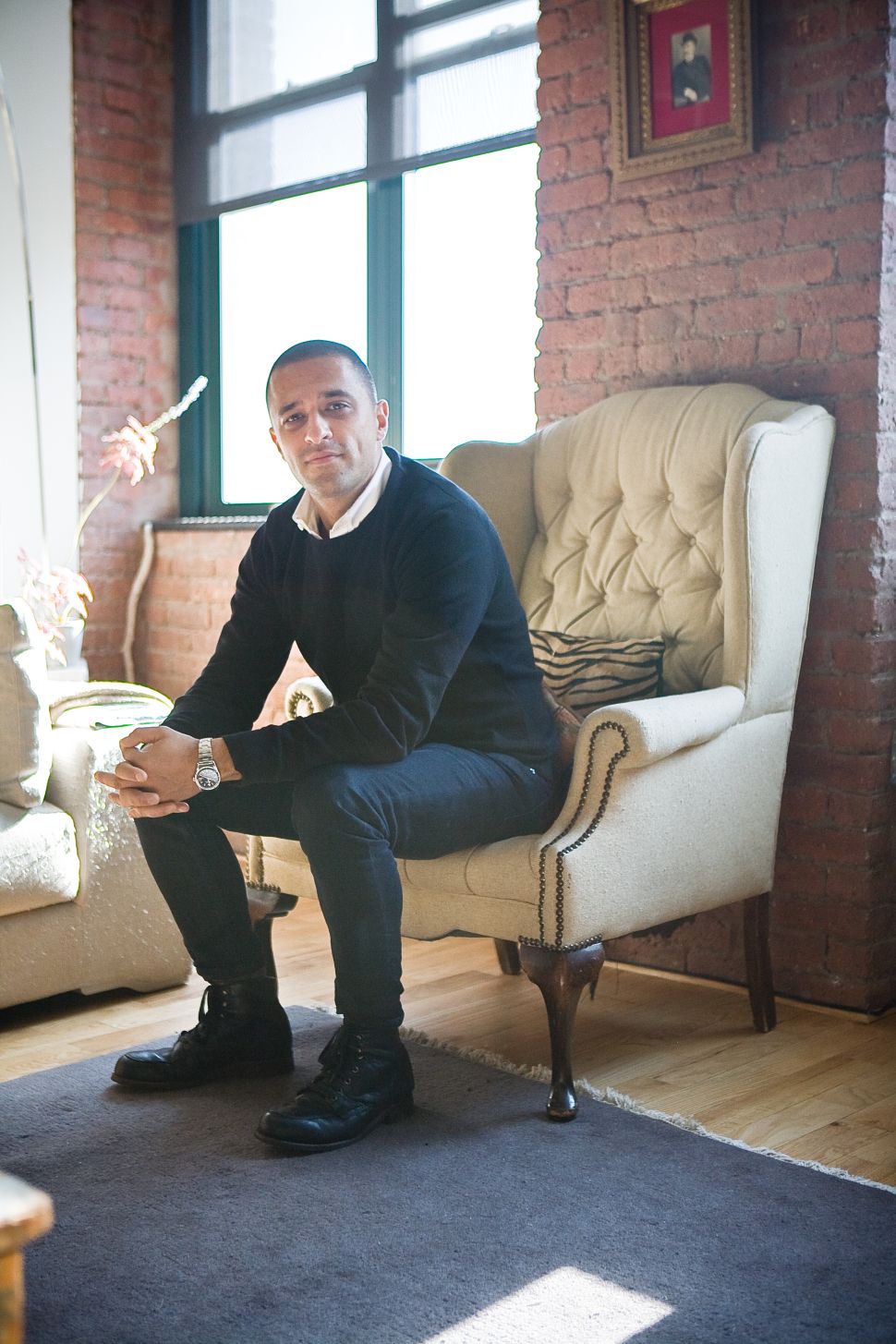